The mayor of Venice has voiced outrage over the €1,100 ($NZ1843) bill that four Japanese tourists say they had to pay for four steaks, a plate of fried fish, water and service. 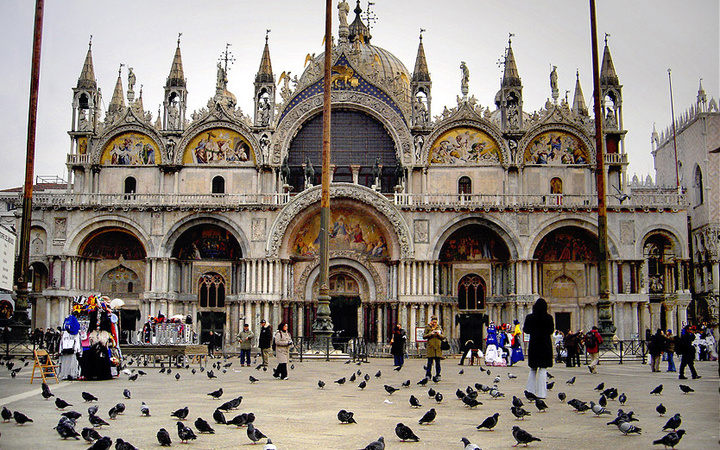 The four students complained to police after getting the eye-watering bill at a restaurant near St Mark's Square.

Three women with them chose another restaurant - but even they ended up paying €350 ($NZ586) for three plates of seafood pasta, Italian media report.

The mayor has vowed to get justice.

"We will thoroughly examine this episode, we'll check to see if the complaint was made properly," Mayor Luigi Brugnaro tweeted.

"If this disgraceful episode is confirmed, we'll do all we can to punish those responsible. We are for justice - always!"

The four Japanese men complained to police on returning to Bologna, where they are students. Their case has been taken up by Marco Gasparinetti, spokesman for a Venice residents' forum called "Gruppo 25 Aprile".

Italian media did not name the restaurant, but said it was owned by a Chinese woman and run by an Egyptian.

According to Mr Gasparinetti, only 1.1 percent of restaurants in that part of Venice are owned by locals, and the figure is 50 percent in the historic centre as a whole.

He said Gruppo 25 Aprile would post advice for tourists this week on Facebook to help them avoid such a "mockery". There have been many cases of restaurants overcharging tourists in Venice, he said.

"We defend local residents and whoever puts the good name of Venice at risk harms all Venetians," the group said in a tweet.