Hundreds of residents of Venice have staged a protest against the depopulation of the Italian city, which they blame on tourism.

They say they are being forced out by high rents, housing shortages and a surge in the number of apartments being rented to visitors at inflated prices. 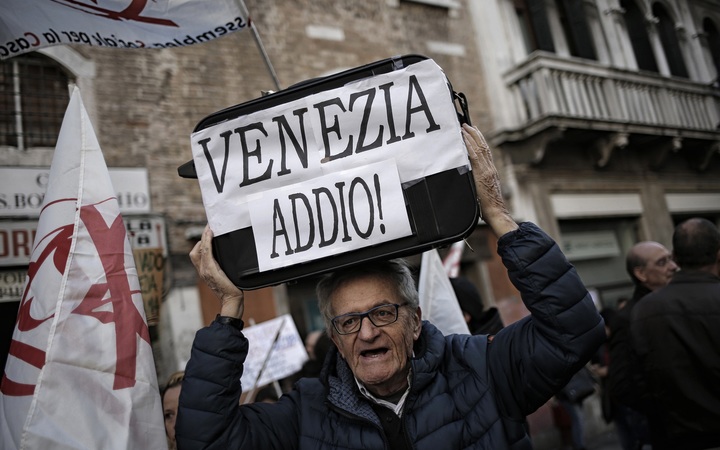 A man holds a luggage bearing the slogan "Goodbye Venice" during a demonstration against the increasing number of tourists in Venice. Photo: MARCO BERTORELLO / AFP

Venetians have long complained that food shopping and other daily errands were increasingly tricky as the city focused on the needs of the more than 20 million tourists estimated to visit every year.

"We don't want to leave the city, we are Venetian, we want to live here so we are asking the City of Venice to help us to stay in Venice," he said. 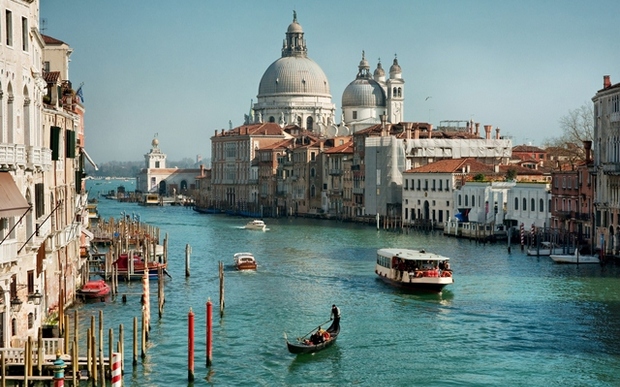 The population of Venice recently dipped below 55,000. Photo: Public Domain

Resident Sebastian Giorgi said the city's population dropped by about 1,000 per year.

Protesters hung a banner that read "#Venexodus" on the Rialto bridge and glued signs to their trolleys that said 'Without Venetians? Don't call me Venice anymore."

"Venice is a fragile city, fragile structurally and physically, but also when it comes to its social fabric," resident Federico Permutti said.

"If you add to that the lack of housing for locals and a wild proliferation of accommodation offered to tourists, you can understand that the situation is unbearable for those who live here."