Clashes between riot police and political protesters in Honduras have led to another death, with some reports claiming that brings the toll to 31. 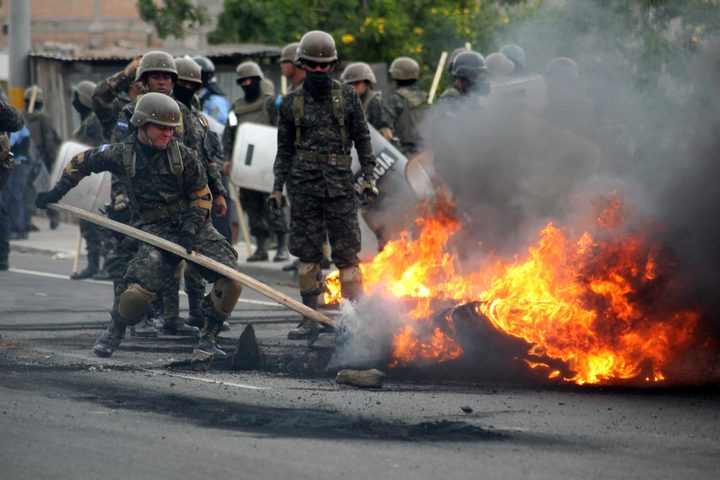 Riot police and soldiers try to remove burnt tires after clashes with supporters of the Honduran Opposition Alliance Against the Dictatorship in Tegucigalpa on Saturday. Photo: Orlando SIERRA / AFP

A local non-governmental organisation reported that a 60-year-old man had been killed and another wounded in protests in Saba, 210km north-east of Honduras capital Tegucigalpa when police opened fire on a roadblock.

A security ministry spokesman told local media that the incident was being investigated. Twelve people had been arrested across the country, he said, adding that three police officers and a soldier were injured in the protests.

The clashes have claimed several lives, though the number is disputed. While police claim only three have died, Human Rights group Amnesty International said 14. Reuters reported the death toll as 31.

Thousands of people have been participating in the protests since the 25 November election won by Incumbent President Juan Orlando Hernandez, a staunch US ally.

"Out with JOH, out with the dictator," masked protesters shouted in Tegucigalpa's Miraflores neighborhood.

Opposition candidate Salvador Nasralla - of the Honduran Opposition Alliance Against the Dictatorship - had initially established a lead as the votes were being counted, but it swung in favour of the incumbent after a 36-hour delay. 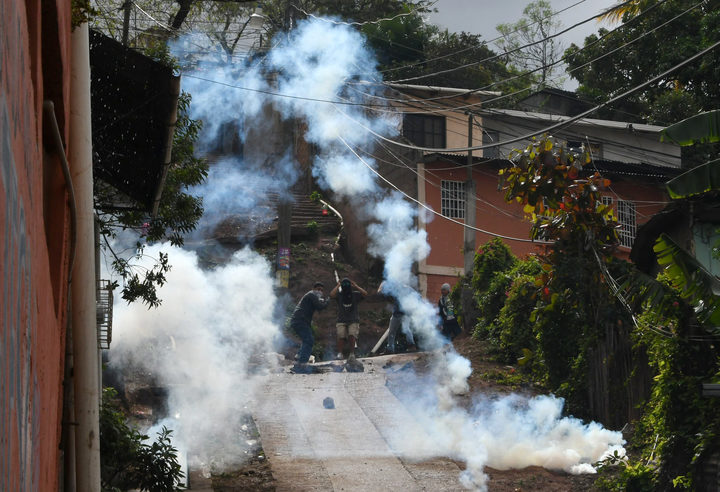 Supporters of presidential challenger Salvador Nasralla of the Honduran Opposition Alliance Against the Dictatorship, clash with police in Tegucigalpa on Saturday, 20 January. Photo: Orlando SIERRA / AFP

Mr Nasralla accused authorities of manipulating the results. The organisation that counted the ballots is appointed by Congress, which is controlled by Mr Hernández's National Party.

Police have been firing tear gas and clearing roadblocks made of burning tyres across the country.

President Hernández, 49, has been in power since 2013, and is the first president to run for a second term after the Honduran supreme court lifted a ban on re-election.

He is due to take office on 27 January. 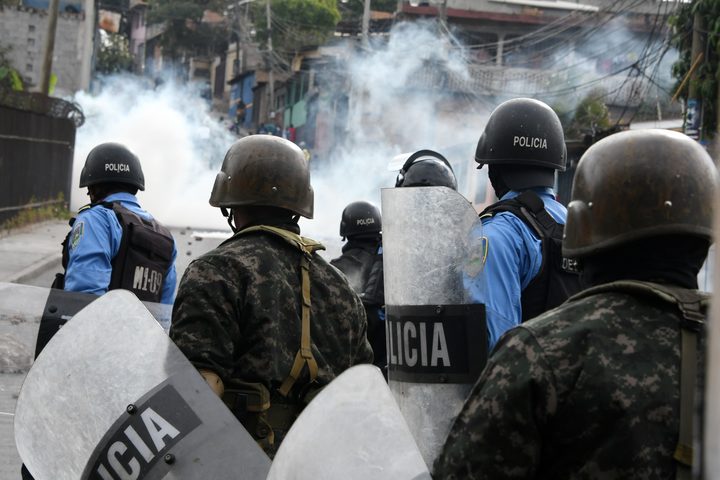 "We have to stay in the streets," said former President Manuel Zelaya, who was ousted in a 2009 coup and is one of the opposition leaders.

"If they move us from one spot, we have to move to another. We need to be permanently mobilized to keep up the pressure and prevent the dictator from installing himself."