Recriminations have begun over the failure of the US Senate to pass a new budget and prevent the shutdown of many federal services. 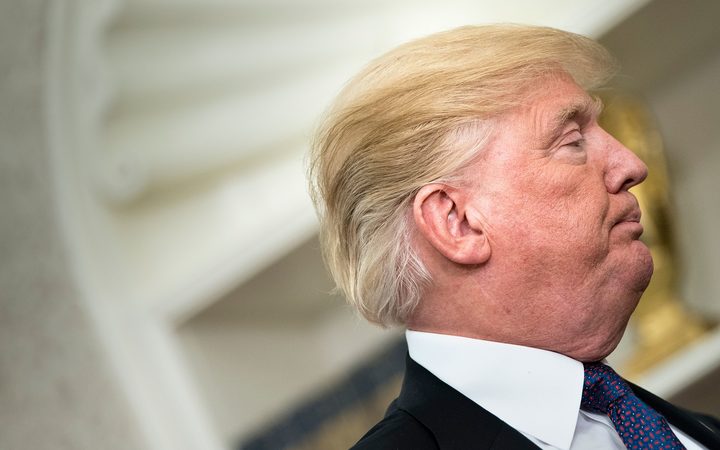 Despite last minute bipartisan meetings, the bill to fund the government until 16 February did not receive the required 60 votes.

US President Donald Trump has accused the Democrats of putting politics above the interests of the American people.

But the Democrats blame him for rejecting bipartisan compromise proposals.

Both the Republican and Democrat congressional leaders say they will keep talking, and the White House budget chief has expressed optimism that a resolution will be found before Monday.

But if not, hundreds of thousands of federal workers face the prospect of no work and shuttered offices at the start of the working week.

The last government shutdown was in 2013, and lasted for 16 days.

Democrats are far more concerned with Illegal Immigrants than they are with our great Military or Safety at our dangerous Southern Border. They could have easily made a deal but decided to play Shutdown politics instead. #WeNeedMoreRepublicansIn18 in order to power through mess!

This is the first time a government shutdown has happened while one party, the Republicans, controls both Congress and the White House.

But they do not have enough seats in Congress to pass major legislation without at least some support from the Democrats.

The Republicans want funding for border security - including the border wall - and immigration reforms, as well as increased military spending.

The Democrats have demanded protection from deportation of more than 700,000 undocumented immigrants who entered the US as children.

The Republicans added a sweetener to the bill in the form of a six-year extension to a health insurance programme for children in lower-income families. But Democrats want this programme extended permanently.

Mr Trump accused the Democrats of being "far more concerned with illegal immigrants than they are with our great military or safety at our dangerous southern border".

But the leading Senate Democrat, Chuck Schumer, blamed the president, saying Mr Trump had turned down two bipartisan compromise deals and "did not press his party in Congress".

Nobody wants to shut down the govt, not Dems, not the GOP.

The only one who has ever rooted for a shutdown is @realDonaldTrump who said our country could use “a good shutdown” – only he could come up with that. But no shutdown can be good for the American people.

Negotiations in both houses of Congress will continue on Saturday, and Democrats and Republicans are also due to hold separate meetings.

What is a government shutdown?

The US budget must be approved by 1 October - the start of the federal financial year.

But Congress has often failed to meet this deadline and negotiations continue well into the new year, with the previous year's funding to federal agencies extended on a temporary basis.

Because Congress failed to agree an extension that would have maintained government funding through to 16 February, it means many federal agencies effectively closed for business as of 00:01 Saturday (05:01 GMT).

Most staff in the departments of housing, environment, education and commerce will be staying at home on Monday. Half of workers in the treasury, health, defence and transportation departments will also not be going to work.

National parks and monuments could face closure, which provoked an angry public reaction during the 2013 shutdown.

Visa and passport processing could also be delayed.

The shutdown began on the first anniversary of President Trump's inauguration. He has delayed a trip to his Florida resort where he is due to host a party - with attendees paying as much as $US250,000 to mark the event.