The government has no plans to follow the United Kingdom in appointing a so-called Minister for Loneliness. 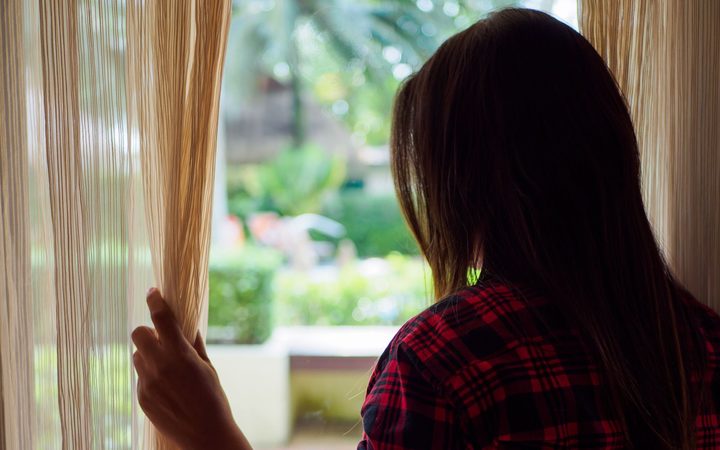 Loneliness can affect people of every age, and can be as harmful to health as smoking 15 cigarettes a day, according to a UK study. Photo: 123RF

The British government set up the position in response to a cross-party commission that found more than nine million Britons often or always felt lonely.

New Zealand's Minister for Seniors, Tracey Martin, said the country was already well served by her role and other ministers.

The government hoped to get a better idea of the scale of loneliness here when it updated its Positive Ageing Strategy this year.

Ms Martin said her ministry would run workshops around the country as part of that.

British MP Tracey Crouch said she was proud to take on the "generational challenge" to tackle an issue affecting about nine million UK people, young and old.

The 42-year-old said she would work across political parties in the role.

The Commission on Loneliness was first set up by MP Jo Cox, who was murdered before the EU referendum.

A 2017 report said loneliness was as harmful to health as smoking 15 cigarettes a day.

In a statement, Prime Minister Theresa May said: "Jo Cox recognised the scale of loneliness across the country and dedicated herself to doing all she could to help those affected."

She said the new ministerial role would continue Ms Cox's legacy, with the post holder working with the commission, businesses and charities to create a government strategy.

Ms Crouch, MP for Chatham and Aylesford since 2010, told the BBC a multi-million pound fund would help her pull together existing work being carried out on loneliness to create a framework for the future.

Asked whether part of the problem lay with local authority cuts leading to library and day centre closures, she said these were all challenges and would be looked at, and stressed there was no single solution.

She said "simple acts of companionship" could make all the difference.

An estimated half of people aged 75 and over live alone - about two million people across England - with many saying they can go days, even weeks, with no social interaction at all.

Ms Crouch said: "This is an issue that Jo cared passionately about and we will honour her memory by tackling it, helping the millions of people across the UK who suffer from loneliness."

Jo Cox's husband, Brendan, tweeted: "One of the awful things about losing Jo is knowing how much difference she would have made in the world."

He said he would tell his children that even though she's not here, she's "still making the world a better place".

The government announced the Office of National Statistics will devise a method of measuring loneliness, and a fund will be set up to help tackle the problem.

Dr Hamish Jamieson from the University of Otago said it was an excellent idea.

He said loneliness could make medical conditions like depression, anxiety, and pain worse.

"It's common in the elderly, particularly the frail elderly, but there's lot of other groups that are at high risk of loneliness. Particularly people between jobs and unemployed people, pregnant women and sometimes students. There are big groups of people who are lonely in society."

Dr Jamieson said loneliness was hard to address, but on a government level it involved housing and transport.

Grey Power national president Tom O'Connor said the organisation has asked the government to consider bringing in a commissioner for a similar purpose as the British minister.

"They are giving serious consideration, so certainly an age commissioner that should be part of that. What the solutions are, I don't really know, because you'd have to have a close look at the problem."