North and South Korea have agreed to march together under a single "unified Korea" flag at next month's Winter Olympics in the South. 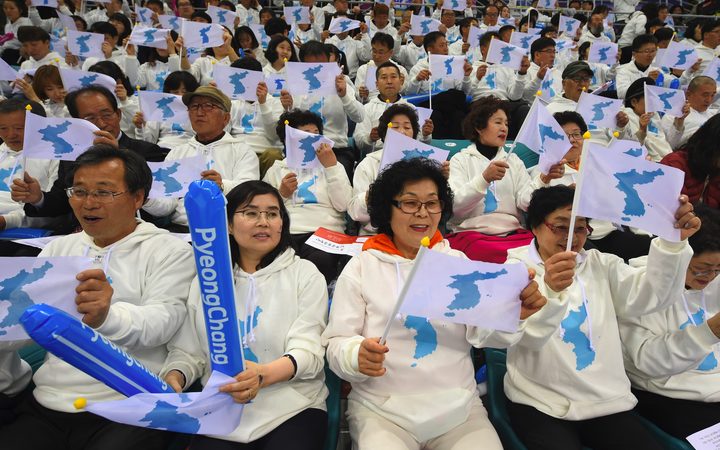 They also agreed to field a joint women's ice hockey team in rare talks at the truce village of Panmunjom.

These are the first high-level talks between the two Koreas in more than two years.

The Games will take place between 9 and 25 February in Pyeongchang in South Korea.

If the plans are realised, a hundreds-strong North Korean delegation - including 230 cheerleaders, 140 orchestral musicians and 30 taekwondo athletes - could cross into the South via the land border to attend.

The North has also agreed to send a smaller, 150-member delegation to the Paralympics in March.

Both South Korea's hockey coach and conservative newspapers had expressed concern about the prospect of a united hockey team, saying it could damage South Korea's chances of winning a medal.

Tens of thousands of people are said to have signed online petitions urging President Moon Jae-in to scrap the plan.

And it will have to be approved by the International Olympic Committee (IOC) meeting in Lausanne, Switzerland, on Saturday, because North Korea has missed registration deadlines or failed to qualify.

Japan has viewed the latest detente with suspicion, with Foreign Minister Taro Kono saying the world should not be blinded by Pyongyang's recent "charm offensive".

"It is not the time to ease pressure or to reward North Korea," Mr Kono said, according to Reuters news agency. "The fact that North Korea is engaging in dialogue could be interpreted as proof that the sanctions are working." 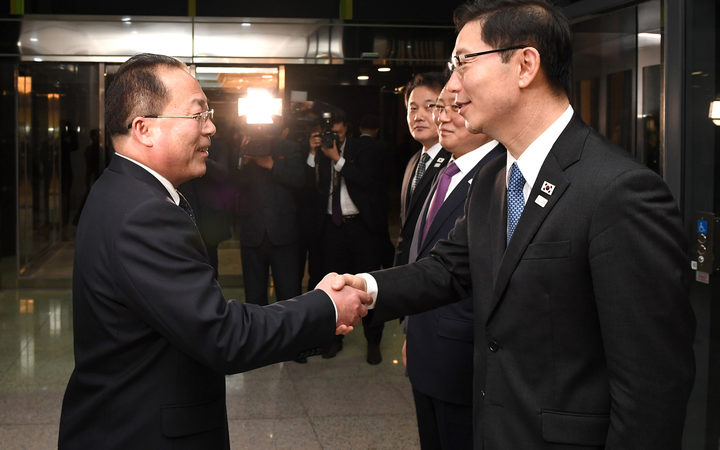 But the South's liberal President Moon told South Korean Olympic athletes on Wednesday that the North's participation in the Games would help improve inter-Korean relations.

That would in turn pave the way for the nuclear issue to be addressed and open the way to dialogue between the North and the US, he said according to Yonhap news agency in Seoul.

The North has made rapid recent advances in its nuclear and conventional weapons programmes.

Its latest ballistic missile test, on 28 November, sparked a new series of fresh sanctions from the UN targeting petrol shipments and travel.

Japan's Foreign Minister Kono issued his caution about talks in Vancouver, Canada, where some 20 nations that fought alongside the US-backed South in the bloody 1950-53 war - which ended in stalemate and sealed the peninsula's division - met to discuss its future.

On the sidelines of the talks, ministers from South Korea, the US and Japan agreed to maintain pressure on the North to denuclearise while offering support for the bilateral talks, reported Yonhap agency.