Stifling a sneeze by clamping your nose and mouth shut can cause serious physical damage, doctors are warning. 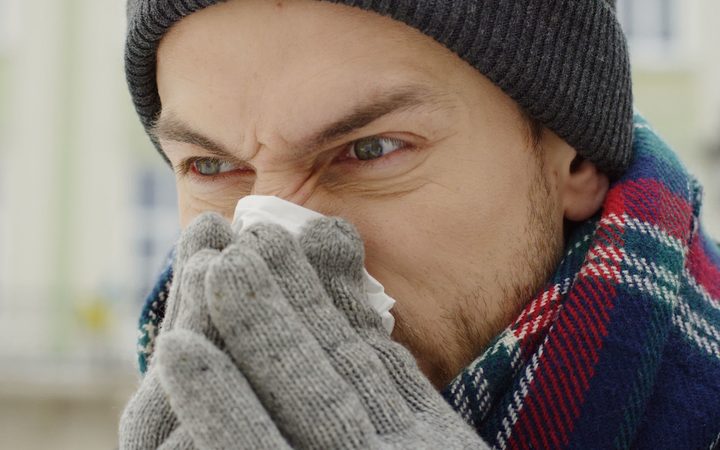 Medics in Leicester treated a 34-year-old man who ruptured his throat while trying to stop a high-force sneeze.

With nowhere to escape, the pressure ripped through the soft tissue, and although rare and unusual, they say others should be aware of the danger.

Trapping a sneeze could also damage the ears or even rupture a brain aneurysm, they warn in journal BMJ Case Reports.

The man said he felt a "popping" sensation in his neck when it happened and then immediately experienced pain and difficulty swallowing and speaking.

When the doctors checked him over they found he had swelling and tenderness around his throat and neck.

An X-ray revealed air escaping from his windpipe into the soft tissue of his neck through the rupture.

The man had to be fed by a tube for the next seven days to allow time for the tissues to heal.

After spending a week in hospital, the man was sent home and made a full recovery.

Doctors from the ear, nose, throat department at Leicester Royal Infirmary, where the man was treated, said: "Halting a sneeze via blocking nostrils and mouth is a dangerous manoeuvre and should be avoided."

Sneezes can spread diseases, so although it is good to "let them out", make sure you catch them in a tissue, say experts.

With flu season in full swing, children and adults should be encouraged to cover their mouth and nose with a tissue when they cough and sneeze and then throw the tissues away in a bin and wash their hands to stop the spread of germs, says Public Health England.