At least nine construction workers have been killed and five injured when a partially-constructed bridge collapsed in central Colombia. 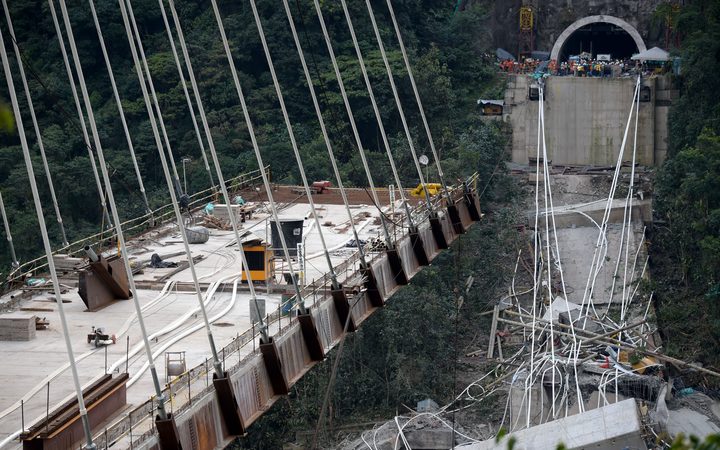 The bridge - located in Chirajara on the border of Cundinamarca and Meta provinces - was to be part of the highway that connects the capital Bogota and the city of Villavicencio, and was not yet in public use.

The cause of the collapse, which sent pieces of the bridge down into a canyon below, is under investigation, Reinaldo Romero, the head of disaster response for Meta province, told Reuters.

"Up to now there are nine dead and five injured," Romero said. "We are doing a check to rule out other victims."

Transportation Minister German Cardona flew over the site of the collapse later on Monday and visited rescue staff on the ground with Dimitri Zaninovich, the head of the national infrastructure agency. 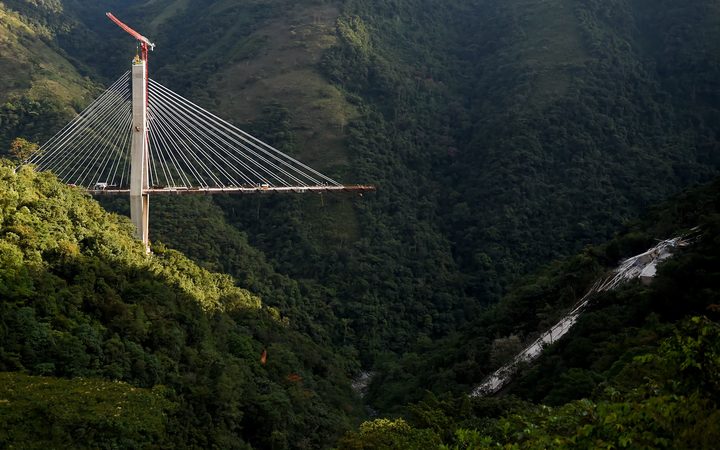 Up to 40 workers were on the bridge when it collapsed. Photo: AFP