Protesters have set a government office on fire in the Pakistani city of Kasur, in a second day of riots after the rape and murder of a six-year-old girl. 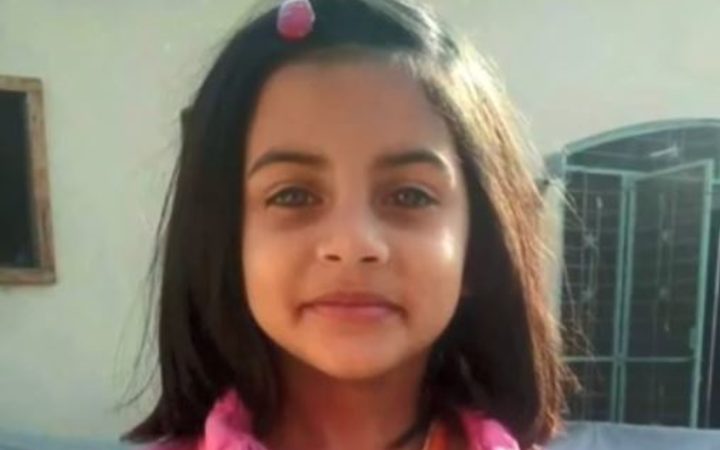 Zainab Ansari's body was found in a rubbish dump, several days after she went missing. She had been raped and strangled. Photo: Supplied

Zainab Ansari's body was found in a rubbish dump on Tuesday, several days after she went missing. She had been raped and strangled.

Describing his grief, her father told the BBC: "It's like the world has ended... I have no words."

Police in Kasur say there have been 12 similar murders in the past two years.

They say five of them are linked to one suspect who is being hunted by hundreds of officers. DNA samples have also been taken from 90 possible suspects.

A post-mortem report suggested that Zainab had been brutally assaulted. The report found injuries on her body and face, and a bone in her neck fractured. 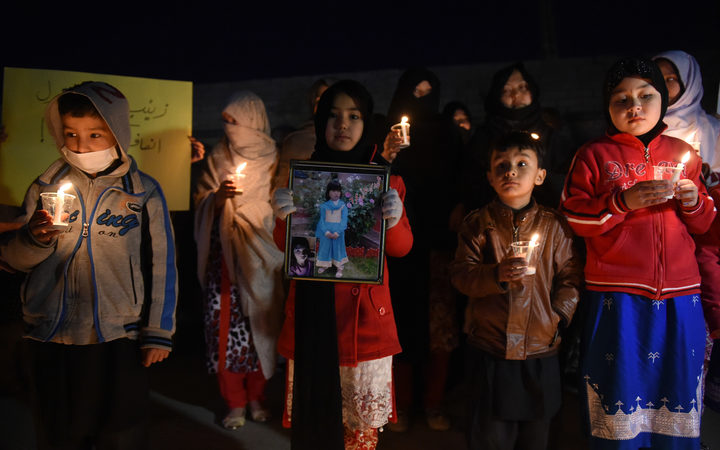 Pakistani members of the Hazara community hold a vigil in tribute to Zainab. Photo: AFP

Zainab's father, Ameen Ansari, told the BBC that he did not agree with the violence of protesters, but understood the anger at police.

"If the police had done their jobs properly then they would have found her as soon as they got hold of the CCTV," he said.

Local politicians have met the family and promised the killer would be caught.

On Thursday, protesters threw stones at government buildings and set cars and a local politician's office alight, complaining that police had not done more to stop violence against children.

A local police spokesman told AFP news agency "up to 1,000" people had taken to the streets.

"They had thrown stones on the buildings of the government hospital, police and deputy commissioner's office... security is being deployed and trying to control the situation," he said. 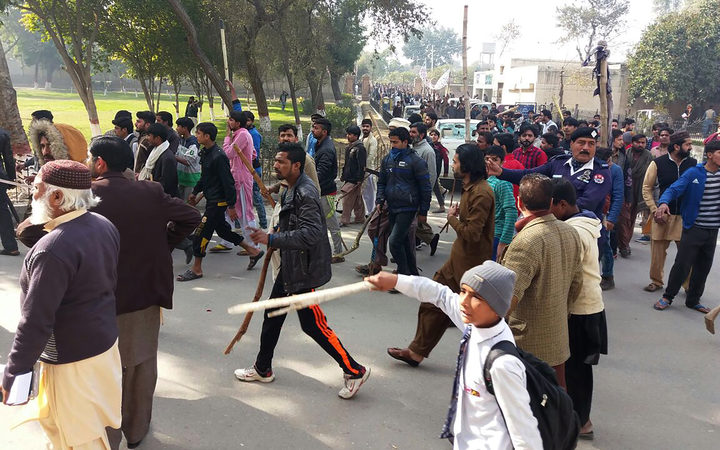 Pakistani residents hold bamboo sticks as they stage a protest against the rape and killing of Zainab. Photo: AFP

Two protesters were killed on Wednesday after an angry crowd tried to storm the local police headquarters, and police opened fire.

The Punjab government is offering a 10m rupee reward for anyone who helps police find and arrest Zainab's killer, and has offered 3m rupees each to the families of those killed by police on Wednesday, the BBC was told.

Kiran Naz, a news anchor on Pakistan's Samaa TV, hosted Thursday's bulletin with her young daughter on her lap as an act of protest.

Opening her segment, she said: "Today I am not Kiran Naz, rather I am a mother today and that is why I am sitting with my daughter."

Referring to Zainab, she said "the smallest coffins are the heaviest, and the entire society is burdened by the weight of her coffin".

Not often that you see a TV news anchor bring her own child to her news cast - @SAMAATV 's Kiran Naz did precisely that to make a point about how she felt as a mother in Pakistan #JusticeForZainab #Justice4Zainab pic.twitter.com/6XMXQJmfzV

That's quite dramatic.. Not sure about a news anchor doing that, but a very emotional issue and a sickening crime #Zainab #Justice #Pakistan https://t.co/KTvDScHQxX