Syrian army forces and Iranian-backed militias have pushed deeper into the last rebel-held enclave near a strategic border area with Israel and Lebanon in a new expansion of Tehran's influence in the war-torn country. 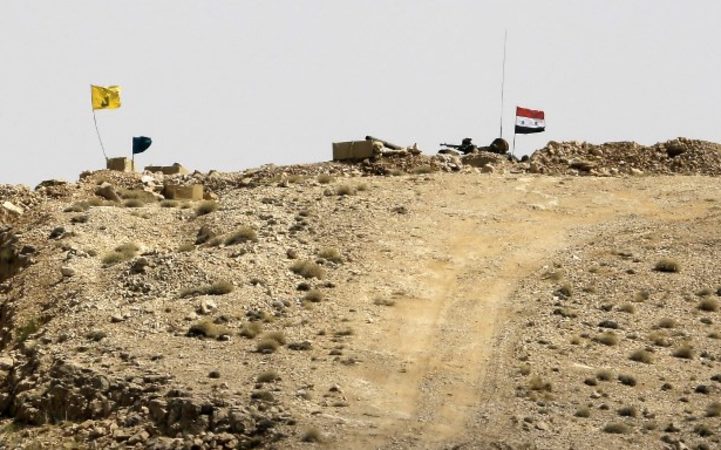 The army and the Shi'ite forces helped by Druze militias in the area advanced east and south of the Sunni-rebel held bastion of Beit Jin backed by some of the heaviest aerial bombing and artillery shelling since a major assault began more than two months ago to seize the area, rebels said.

The Syrian army said it had encircled the village of Mughr al Meer at the foothills of Mount Hermon as troops moved towards Beit Jin amid fierce clashes. On Monday, the army said they had cut off insurgent supply lines and made further advances.

The enclave is the last rebel bastion left in the southwest of Damascus known as the Western Ghouta that had since last year fallen under government control after months of heavy bombing on civilian areas and years of siege tactics that forced rebels to surrender.

A western intelligence source confirmed rebel reports that Iranian-backed local militias alongside commanders from the powerful Lebanese Hezbollah Shi'ite group were playing a major role in the ongoing battles.

Tehran was pushing to establish a strategic presence along the Israeli border in the Syrian Golan Heights, the source said.

Rebels said they had repelled several attempts to storm their defences and denied reports they were about to surrender.

"The Iranian-backed militias are trying to consolidate their sphere of influence all the way from southwest of Damascus to the Israeli border," said Suhaib al Ruhail, an official from the Liwa al Furqan rebel group that operates in the area.

Worried by Iran's expanding influence in Syria after the defeat of Islamic State, Israel has in recent weeks stepped up its strikes against suspected Iranian targets inside Syria.

Early this month there was an Israeli strike on a base near Kiswah, south of Damascus, that was widely believed to be an Iranian military compound, a Western intelligence source said.

Israel has been lobbying Washington and Moscow to deny Iran, Lebanon's Hezbollah and other Shi'ite militias any permanent bases in Syria, and to keep them away from the Golan, as they gain ground while helping Damascus beat back Sunni-led rebels.

The southwest of Syria is part of a de-escalation zone in southern Syria agreed last July between Russia and the United States, the first such understanding between the two powers.

The area has not seen Russian bombing, unlike other ceasefire areas in Syria.

Diplomatic sources say several thousand Shi'ite and Druze fighters are pitted against hundreds of Sunni jihadists and mainstream Free Syria Army (FSA) rebels closing ranks under the banner of Itihad Quwt Jabal al Sheikh, or "Union of fighters of Jabal al Sheikh". They are mainly drawn from local fighters from the area.

With the army and Iranian backed offensive widening, the Sunni rebels have called on youths to enlist, while mosque imams in Beit Jin called on people to take up arms and fight the army.

Rebels still have a sizeable presence in central and southern Quneitra, in the Syrian Golan Heights.

Western diplomatic sources say the crushing of the Sunni rebel presence in areas they have been in since 2013 will allow Lebanon's Hezbollah to open another secure arms supply line from its border in southern Lebanon into Syria.

Since the beginning of the conflict in Syria, Iran has had a growing presence in the country, deploying thousands of Shi'ite fighters drawn from Iraq and Afghanistan who have fought against both mainstream Sunni rebel groups and more militant groups.