A second vote is to take place in the US House of Representatives on a bill to overhaul the country's tax system. 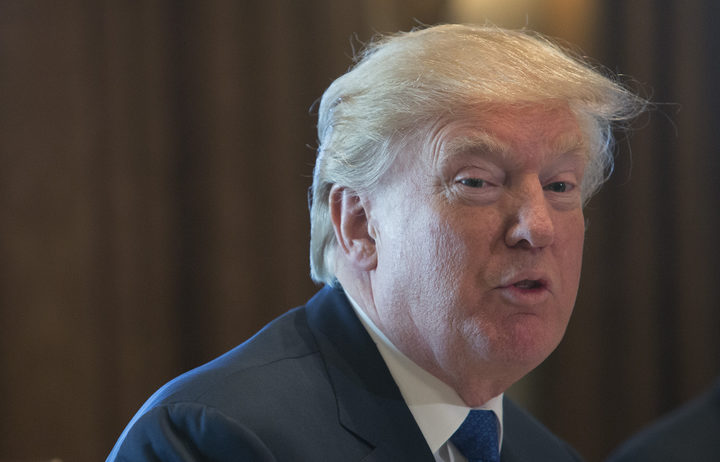 The US House of Representatives approved the most sweeping overhaul of the US tax system in more than 30 years, sending it to the Senate for a final vote.

However, a staff official ruled that three provisions of the House bill did not comply with the Senate's complex rules, Independent Senator Bernie Sanders said. It is understood the provisions in question relate to educational savings accounts for home schooling and private university endowments.

As of early evening, the plan was for the Senate to delete the three offending provisions and vote on the bill. If approved, which is widely expected, the bill would then be sent back to the House for another vote on Wednesday.

The bill initially passed the House by a vote of 227-203, overcoming united opposition from Democrats and 12 Republicans who voted against it.

CNN's Jeff Zeleny said the delay was just a technicality.

"We've seen this many times before on pieces of legislation, when the Senate needs to make a technical correction, if you will, the House of course has to approve that same version.

"So it's common for a bill to ping-pong back and forth from the house chamber to the Senate chamber, it's one of the underpinnings of how the capital system works here."

If it passes, it would mark the Republicans' first major legislative triumph under President Donald Trump.

Critics say the package is a deficit-bloating giveaway to the super-rich, but Republicans argue the tax cuts for corporations, small businesses and individuals will bolster economic growth.

The bill permanently cuts the tax rate for corporations from 35 percent to 21 percent.

It reduces the tax share paid by the wealthiest Americans, while awarding more modest reductions for most other income brackets.

The legislation would add as much as $US1.4 trillion to the $20tn national debt over 10 years, the non-partisan Joint Committee on Taxation says.

"Congress is standing at the doorstep of a historic opportunity," Senate Republican leader Mitch McConnell said on the floor of the chamber.

US Vice-President Mike Pence has postponed a Middle East trip in case he is needed to cast a tie-breaking vote to ensure the measure clears the Senate.

In the upper chamber, which Republicans control by 52-48, the party can afford to lose support from no more than two votes.

On Monday, two of the last Senate Republican holdouts, Susan Collins and Mike Lee, agreed to support the legislation.

Senator Jeff Flake remained undecided late on Monday. Senator John McCain, who has brain cancer, is with his family in Arizona.

Another Republican senator, Bob Corker, meanwhile, denied his change of heart in favour of the bill had been motivated by a tax deduction that could benefit his real estate investments.

The Tennessean had long been opposed to the tax bill because of projections it would add to the federal deficit.

But on Friday Mr Corker dropped his objections as a provision was added offering a 20 percent deduction on certain property income. He denied switching sides because he could benefit personally from the legislation.

Republicans have been eager to prove they can govern after their attempts to repeal and replace the Affordable Care Act collapsed this summer.

The tax bill continues the party's attempts to dismantle the 2010 law known as Obamacare by scrapping a fine it imposes on Americans who do not buy health insurance.

With an eye on next year's midterm elections, Democrats argue that the tax package will further expand the US income gap between rich and poor.