Three women who claim they were sexually harassed by the US President Donald Trump have called on the US Congress to investigate allegations of his misconduct. 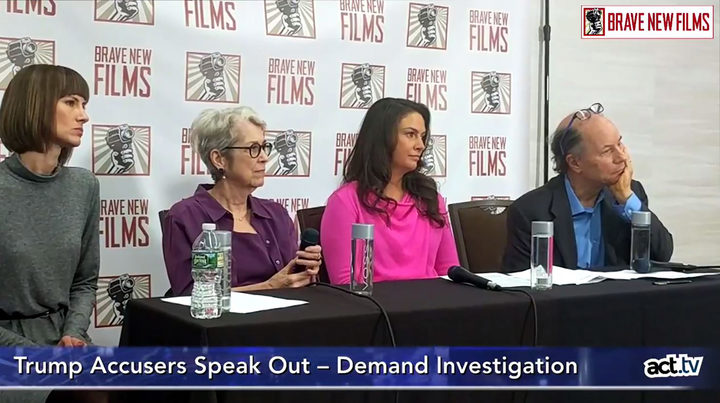 (L-R) Rachel Crooks, Jessica Leeds, and Samantha Holvey as they give a press conference in New York on December 11, 2017. Photo: AFP Photo / Courtesy of BraveNewFilms.org

The White House said the women were making "false claims".

Monday morning's press conference was organised by Brave New Films, which last month released a documentary, 16 Women and Donald Trump, about the claims made by multiple women.

The claims have been given a new lease of life by the harassment scandals that have engulfed high-profile public figures since October's fall of Hollywood producer Harvey Weinstein.

On NBC News on Monday, Ms Holvey said Mr Trump had ogled her and other competitors in 2006 at the Miss USA beauty pageant, which he owned.

The former Miss North Carolina, who was 20-years-old at the time, said "he lined all of us up" and was "just looking me over like I was just a piece of meat".

She later told the reporters: "They've investigated other Congress members, so I think it only stands fair that he [Mr Trump] is investigated as well.

"This isn't a partisan issue, this is, how women are treated every day." 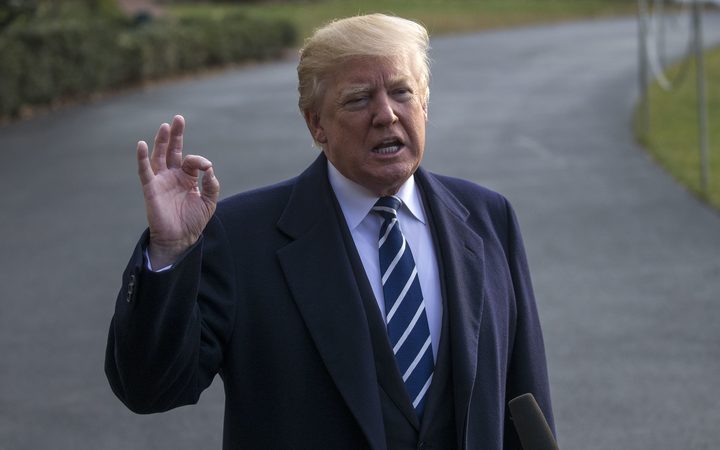 Ms Leeds, now in her 70s, says that when she was 38 she sat next to Mr Trump in the first-class cabin of a flight to New York and he sexually assaulted her.

Ms Leeds said: "He jumped all over me."

She said she came forward because: "I wanted people to know what kind of person Trump really is, and what a pervert he is."

Ms Crooks said she was kissed on the lips by Mr Trump outside a lift in Trump Tower when she was a 22-year-old receptionist at a real estate company there.

"I was shocked," she said. "Devastated."

The White House said on Monday: "These false claims, totally disputed in most cases by eyewitness accounts, were addressed at length during last year's campaign, and the American people voiced their judgment by delivering a decisive victory.

"The timing and absurdity of these false claims speaks volumes and the publicity tour that has begun only further confirms the political motives behind them."

The president rejected such allegations last year and vowed to sue the accusers, though no lawsuit has yet been filed.

But over the weekend Mr Trump's ambassador to the United Nations, Nikki Haley, said his accusers "should be heard".

Speaking to CBS News, Mrs Haley said she was "incredibly proud of the women who have come forward".

Two Democratic senators, meanwhile, Cory Booker of New Jersey and Jeff Merkley of Oregon, called on Mr Trump to resign over the allegations.

During his successful run for the presidency last year, Mr Trump was heard boasting of grabbing women "by the p*ssy".