Israeli air strikes in Gaza killed two Palestinian gunmen after rockets were fired from the enclave, in violence that erupted over President Donald Trump's recognition of Jerusalem as Israel's capital. 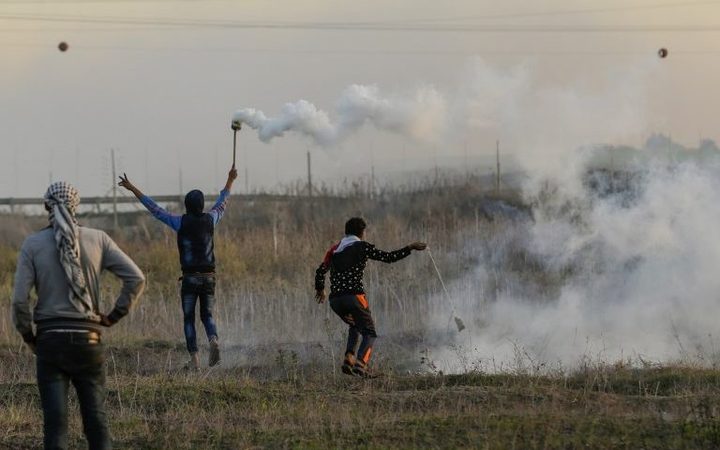 A Palestinian protester hurls a rock at Israeli forces during clashes near the Israel-Gaza border east of Gaza City. Photo: AFP or licensors

Turkey's President Tayyip Erdogan and French President Emmanuel Macron will work together to try to persuade the United States to reconsider the move, a Turkish presidential source said.

Trump's reversal of decades of US policy has infuriated the Arab world and upset Western allies, who say it is a blow to peace efforts and risks sparking more violence in the region.

Gaza militants launched at least three rockets toward Israeli towns from the Gaza Strip - which is controlled by the Islamist group Hamas - after dark on Friday.

The day had been declared a "day of rage" by Palestinian factions protesting against Trump's announcement on Wednesday.

A Hamas source confirmed the two men killed in the pre-dawn air strikes belonged to the group, which has urged Palestinians to keep up the confrontation with Israeli forces. 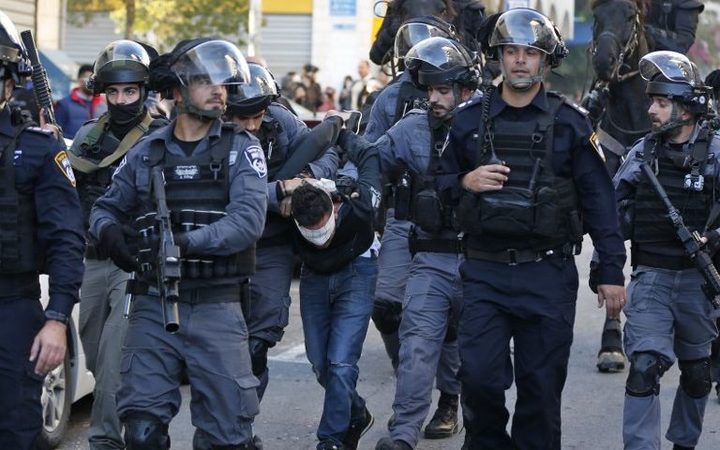 Palestinian protests on Saturday were less intense than on the previous two days.

About 60 Palestinian youths threw stones at Israeli soldiers across the Gaza-Israel border and the health ministry said at least 10 were wounded by Israeli fire.

In the West Bank, Palestinians set fire to tires and threw stones and fire-bombs at Israeli troops, who used tear gas. The Israeli military said one protester was arrested.

In East Jerusalem about 60 people demonstrated near the walled Old City, where paramilitary border police and officers on horseback tried to disperse the crowd with tear gas.

On Friday, thousands of Palestinians took to the streets in protest and two Palestinians were killed in clashes with Israeli troops on the Gaza border.

Scores more were wounded there and in the West Bank. Across the Arab and Muslim worlds, thousands more protesters had gathered to express solidarity.

Trump's adviser and son-in-law, Jared Kushner, is leading efforts to restart negotiations, though his bid has shown little progress.