South Australia's giant Tesla battery has begun dispatching stored wind power into the electricity grid a day ahead of its scheduled switch-on. 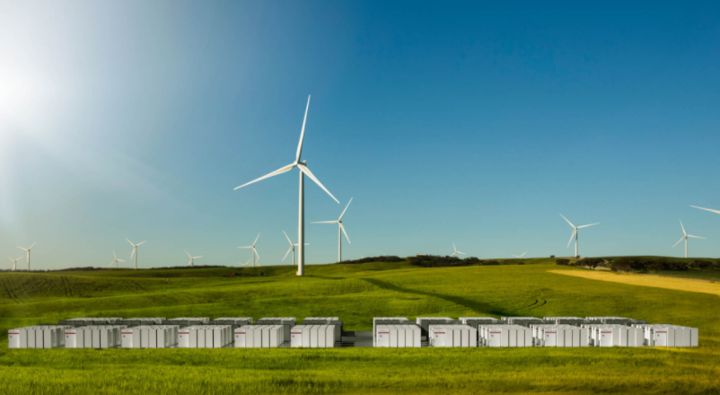 Premier Jay Weatherill is due to visit the battery site - alongside the Hornsdale windfarm near Jamestown in the state's mid north - tomorrow, to mark its official opening on the first day of summer.

But with temperatures across South Australia and Victoria hitting the mid-30s, and output from the state's wind farms low, the battery was called upon early to help meet Thursday afternoon's peak demand.

The battery dispatched a maximum of 59 megawatts of power.

The manufacturer, Tesla, says the lithium-ion device made up of PowerWall 2 batteries is the "largest" by storage and "most powerful" of its type in the world.

South Australian taxpayers will be subsidising its operation with up to $50 million over the next 10 years.

In return, the South Australian Government will have the right to use the battery to prevent load-shedding blackouts.

It will also be able to use a portion of the battery's output to provide system security services to the grid, in an effort to bring down prices.

The hot weather on the eve of summer prompted the Australian Energy Market Operator (AEMO) into taking the highly unusual step of paying power customers to reduce their electricity usage during the peak period.

The customer or customers involved have not been identified.

But they are likely to be heavy power users who volunteered to be directed to reduce their power usage under a "demand management" program.