A terminally ill woman in Australia has been granted her final wish to visit the beach. 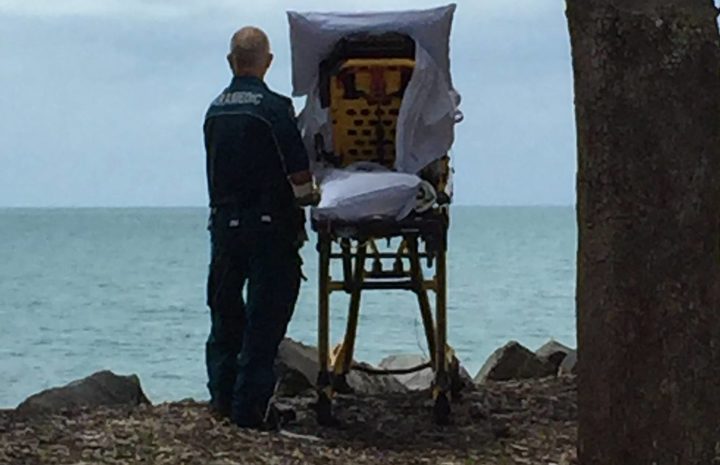 Two paramedics who went out of their way to fulfil the final wish of a palliative patient and take her to the beach one last time say they're humbled by the worldwide attention.

A photograph of paramedic Graeme Cooper standing by a female palliative patient in a stretcher looking out over the waters at Hervey Bay was shared on Queensland Ambulance Service's Facebook page.

Since it was posted on Thursday morning, it has been shared more than 6500 times, liked by 22,000 people and has attracted more than 1600 comments.

It revealed paramedics Graeme Cooper and Danielle Kellan were transporting a patient to the palliative care unit of the local hospital when she expressed that she just wished she could be at the beach again.

The crew took a small diversion to a local beach to give her the opportunity.

"She was saying how she moved to Hervey Bay with her husband on the spur of the moment and they've been here ever since."

She was just ecstatic.

"If you're sensitive to your surroundings and what's going on and you can seize a small window of opportunity, take it."

Mr Cooper said they ended up taking the patient to the beach twice.

"This week we actually got called down there to bring her back to the hospital," he said.

Earlier this year a Denmark hospital shared a photograph of a 75-year-old patient enjoying his final wish of a cigarette and a glass of wine with his family, while watching the sunset from a hospital balcony.