An anti-domestic violence campaigner has joined calls for Australian Immigration Minister to reconsider cancelling the visa of a woman who killed her abusive husband.

Eileen Creamer killed her husband David in February 2008 by beating him repeatedly with a stick and stabbing him once in the abdomen. 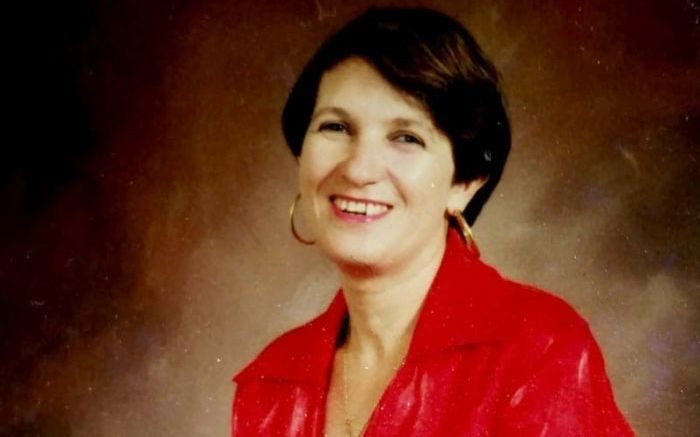 Eileen Creamer, pictured in an image supplied to the ABC, was convicted of defensive homicide in 2008. Photo: Supplied / ABC

She was convicted of defensive homicide in 2011 after the jury accepted she had been subjected to domestic violence.

The court heard this included her husband posting revealing photos of her on the internet in order to lure men into having sex with her, and pressuring her to partake in group sex she didn't want to have.

It was a fight over David Creamer's sexual demands that ended in his death.

Mrs Creamer was the first Victorian woman to be found guilty of defensive homicide and was sentenced to a maximum 11 years' jail.

She has been eligible for parole since last April but because she is not an Australian citizen, Immigration Minister Peter Dutton is trying to deport her to New Zealand - a move her lawyer Dushan Nikolic is challenging in the Federal Court.

"I think that it is entirely inappropriate and it undermines the government's stance on supporting women who have been victims of domestic violence," he said.

"And it indicates a lack of understanding of the factors that contribute to these types of offending."

Mr Nikolic said his client was not asking for special treatment, merely a second chance in Australia. "She poses no risk to the Australian community," he said.

Anti-domestic violence campaigner Rosie Batty has written to Mr Dutton asking him to allow Creamer to stay in Australia.

"Ms Creamer experienced physical and sexual violence and abuse from her husband but she was too ashamed to tell anyone about the abuse or to ask for help.

"Removing Ms Creamer from Australia will further punish a victim of family violence who has already endured enough punishment and abuse.

'You are punishing that person twice'

Ms Creamer is facing deportation because of changes to the Migration Act which mean a person's visa is automatically cancelled if they have been sentenced to at least 12 months in prison, meaning they fail a so-called "character test".

More than 2000 bikies, drug traffickers and sex offenders have had their visas cancelled since the laws came into effect.

But Danielle Tyson, who has done extensive research about intimate partner homicide, believes those types of crimes are very different compared to somebody who offends in the context of family violence.

"You wouldn't have committed your crime necessarily had you not been a victim of domestic violence, and you're no longer a threat to society," Dr Tyson said.

"And once you've served your time, such as in Eileen Creamer's case, you've paid your debt back to society and so you are in effect punishing that person twice."

No family or support network in New Zealand

Ms Creamer's relatives still have a room made up for her in Melbourne in case she is released into the community.

Her cousin's husband, Pat Tatchell, said he and his wife are hoping she will be freed in her adopted home country.

Ms Creamer's family said she had no relatives or social network in New Zealand, a point acknowledged by Mr Dutton in his letter explaining the visa cancellation.

"I consider that her removal from her family and social networks in Australia has the potential to cause her some social isolation and emotional hardship," he said.

However Mr Dutton's letter, obtained by the ABC, said he had weighed that up with public safety considerations.

"I am also mindful of the principle that persons who commit very serious crimes should expect to forfeit the privilege of remaining in Australia," he wrote.

A spokesperson for Mr Dutton told the ABC the minister had previously overturned cancellations of visas in circumstances where the accused was the victim of domestic violence and had been convicted of similar crimes.

But the spokesperson said that given the case was currently before the courts, the minister was unable to comment on why this case was different.

Federal Court Judge Bernard Murphy has reserved his decision to a later date.