An official source says Zimbabwean leader Robert Mugabe has agreed to the terms of his resignation and a letter has been drafted, according to reports. 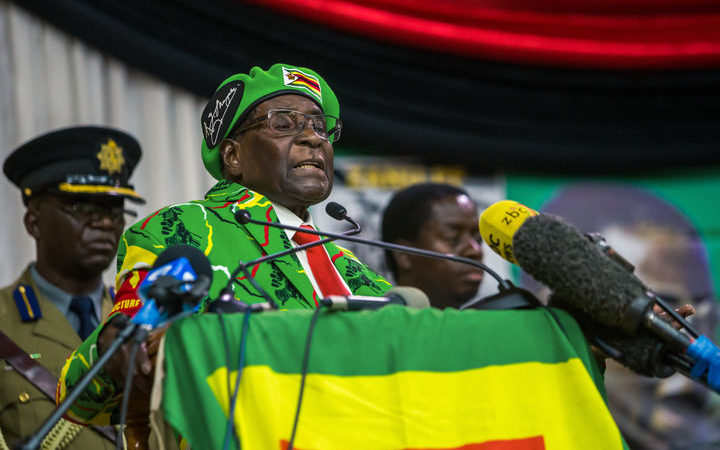 The source, quoted by CNN, said generals had given into many of Mr Mugabe's demands including full immunity for himself and his wife Grace, and also that he would keep his private properties.

The ruling party, Zanu-PF, sacked Mr Mugabe as leader earlier this week and appointed vice-president Emmerson Mnangagwa, who was fired by Mr Mugabe two weeks ago, in his place.

Earlier today, Mr Mugabe gave a televised address to the people of Zimbabwe, after being given an ultimatum by the ruling party and meeting senior army officers.

The CNN source said the generals' aim with today's televised address was to get the president to declare the military's actions constitutional and that he accepted them.

But he stunned the nation when he refused to say if he was stepping down.

In the address from his official State House office, Mr Mugabe referred to a "range of concerns" expressed by citizens.

He said his meetings with military commanders had underscored the need to collectively start a process that returned the nation to normalcy.

Mr Mugabe said the pillars of state had remained functional.

Despite expectations he would step down, Mr Mugabe simply ended the speech with "I thank you, and goodnight".

He said he acknowledged criticism against him from Zanu-PF, the military and the public, but did not comment on the possibility of standing down.

The military intervened last week, in an apparent attempt to block him from installing his wife as his successor.

The first lady, Grace Mugabe, and several other senior officials have been expelled from the party altogether. 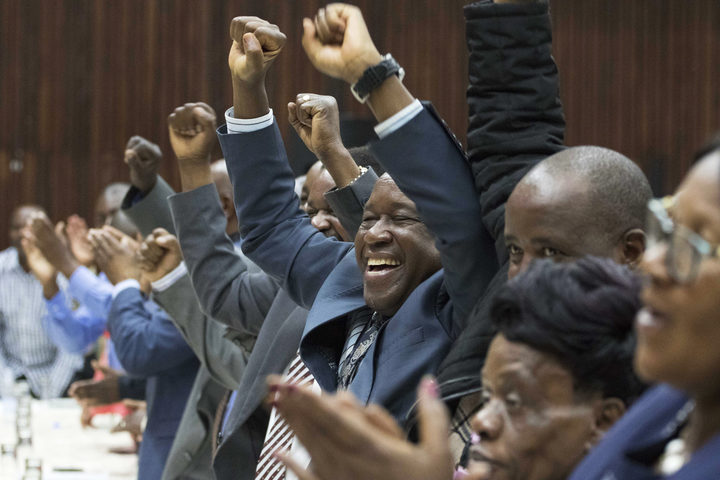 The announcement Mr Mugabe was being removed as leader drew cheers from the 200 delegates packed into Zanu-PF's Harare headquarters. Photo: AFP

Tens of thousands of Zimbabweans attended street protests on Saturday, demonstrating against the Mugabes.

Cheering erupted when the decision to dismiss Mr Mugabe as party leader was announced in Harare on Sunday.

One senior official later told the BBC's Andrew Harding: "It's the dawn of a new era. Mugabe can go farming."

Members of Zimbabwe's ruling Zanu-PF party are preparing to meet to discuss the possible impeachment of Mr Mugabe after a deadline set by the party for Mr Mugabe to resign came and went on Monday morning.

Impeaching the president would require a two-thirds majority in both houses of Zimbabwe's parliament, which is due to resume on Tuesday.

The opposition MDC-T party has tried unsuccessfully to impeach Mr Mugabe in the past, but this time the ruling party - which has an overwhelming majority in both houses - is likely to go against him.