Sinn Féin president Gerry Adams has revealed he plans to stand down as leader of the party next year. 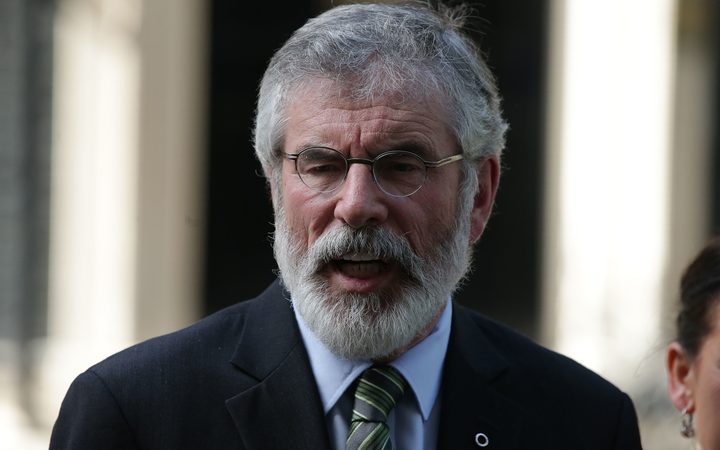 Mr Adams also said he would not stand for election to the Irish parliament (Dail) at the next election.

The republican leader, 69, has been party president since 1983 and was instrumental in the country's Good Friday agreement bringing peace to Northern Ireland.

The move will complete a generational shift in the former political wing of the Irish Republican Army.

Speaking at the Sinn Féin ard fhéis (party conference) in Dublin, Mr Adams said it would be his last as leader.

"Leadership means knowing when it's time for change and that time is now," Mr Adams said.

Who is Gerry Adams?

The Belfast native is one of the most recognisable and controversial figures in Irish politics.

To some he is hailed as a peacemaker, for leading the republican movement away from its long, violent campaign towards peaceful and democratic means.

To others, he is a hate figure who publicly justified murders carried out by the Irish Republican Army (IRA).

The paramilitary group is believed to be responsible for about 1,700 deaths during more than 30 years of violence, mostly in Northern Ireland, that became known as the Troubles.

The Sinn Féin leader has consistently denied that he was ever a member of the IRA, but has said he will never "disassociate" himself from the organisation.

During the Troubles, Gerry Adams was criticised for publicly justifying IRA murders

Gerry Adams was born in October 1948 in Ballymurphy, west Belfast, and both of his parents came from families that had been active in armed republicanism.

His father, Gerry senior, had been shot while taking part in an IRA attack on a police patrol in 1942 and was subsequently imprisoned.

Influenced by his father, the young Adams became an active republican while still a teenager.