The death toll from a 7.3-magnitude earthquake in Iran and Iraq has climbed above 300, as rescuers search for dozens trapped under rubble.

At least 332 people were killed. 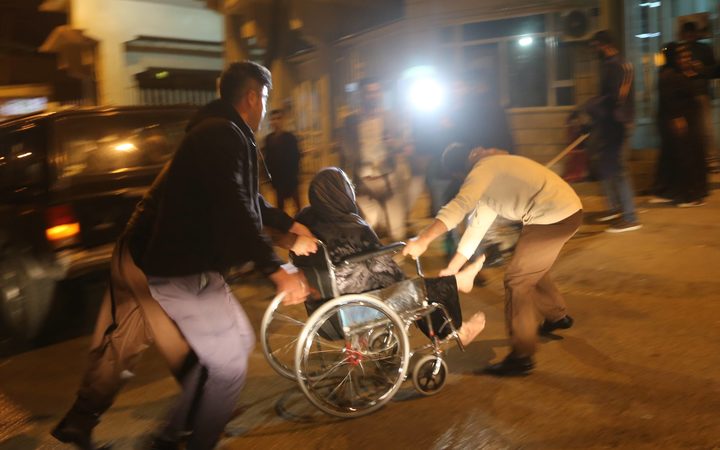 State television said more than 328 people died in Iran and at least 2500 were injured. Local officials said the death toll would rise as search and rescue teams reached remote areas of Iran.

The quake struck in northeast Iraq - near the border with Iran.

Rescuers have stepped up efforts to find dozens trapped under rubble.

More than 236 of the victims were in Sarpol-e Zahab county in Kermanshah, about 15km from the Iraq border.

The main hospital of the capital of the county was severely damaged and could not treat hundreds of injured people who were taken there, the head of the Iranian emergency services, Pirhossein Koulivand said.

The Iranian seismological centre registered around 50 aftershocks and said more were expected.

The head of Iranian Red Crescent said more than 70,000 people were in need of emergency shelter.

Iranian Interior Minister Abdolreza Rahmani Fazli said some roads were blocked and they were worried about casualties in remote villages. The Iranian armed forces have been deployed to help the emergency services.

An Iranian oil official said pipelines and refineries in the area remained intact.

Kurdish health officials also said at least four people were killed in Iraq and there were 50 injured.

Local media reported that eight villages in Iran had been damaged by the quake and rescue teams had been sent to those areas. 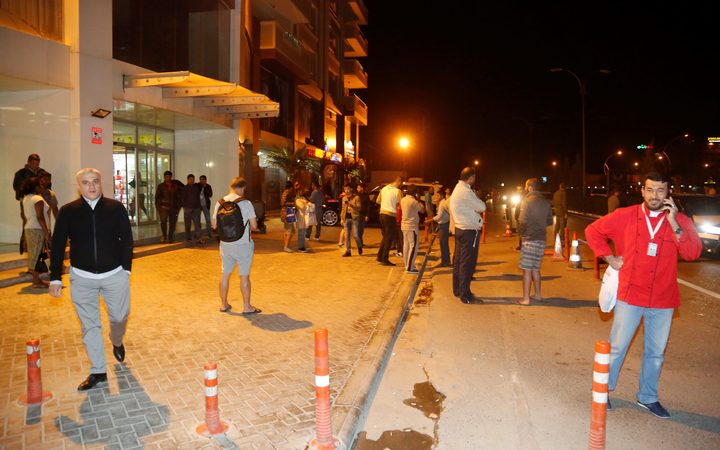 Residents of the northern Iraqi city of Erbil in the street after the quake hit. Photo: AFP / Andalou Agency

Water and electricity lines were severed in some villages and cities in the Western Kermanshah province and people went out on the streets because of the threat from aftershocks.

The quake was centred about 30km southwest of Halabjah and 100km from the city of As-Sulaymaniyah, in the semi-autonomous Kurdistan region.

It was felt strongly in many regions of Iraq including the capital Baghdad. There were no immediate reports of casualties in Iraq.

Many residents in the Iraqi capital Baghdad rushed out of houses and tall buildings in panic.

"I was sitting with my kids having dinner and suddenly the building was just dancing in the air," said Majida Ameer, who ran out of her building in the capital's Salihiya district with her three children. "I thought at first that it was a huge bomb. But then I heard everyone around me screaming 'Earthquake!'"

There were similar scenes in Erbil, the capital of the semi-autonomous Kurdistan Region, and across other cities in northern Iraq, close to the quake's epicentre.

The quake was even felt in the Iranian capital Tehran.