A gunman who opened fired in a Baptist church in the US killed 26 members of the congregation, the governor of Texas says. 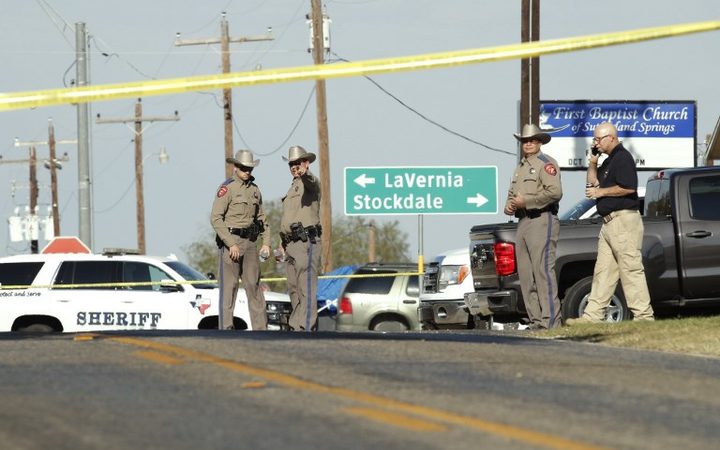 At least 26 people have been killed and many injured in the shooting at the First Baptist Church in Wilson County. At least 20 others were injured and the victims ranged in age from five to 72, police said.

Police said the suspect, described as a white male in his 20s, entered the church with what appeared to be an assault rifle.

Texas governor Greg Abbott, at a news conference, said innocent people were gunned down in a place of worship. The shooting is the worst in the modern history of the state of Texas.

"The first responders are continuing to try and provide their community all the answers they need or deserve.

"I'm sad to confirm 26 lives that have been lost, we don't know if that number will rise but that's too many.

"I ask every mum and dad tonight to put your arm around your kid and let them know how much you love them," Mr Abbott said. 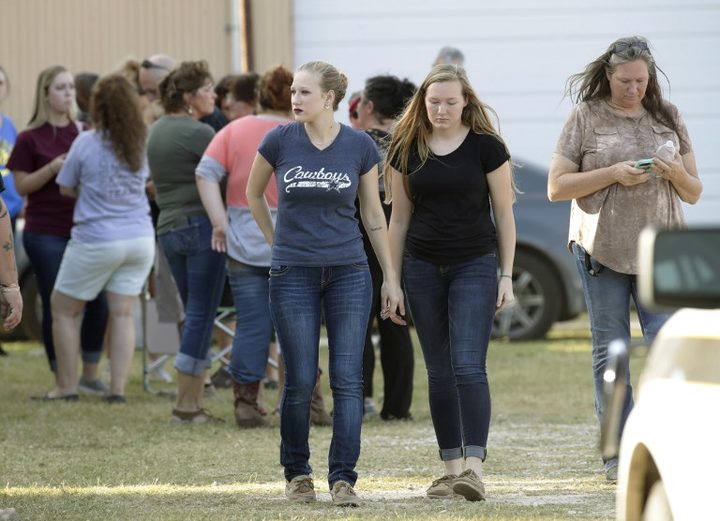 An official said a suspect was seen at a gas station dressed all in black, exited his vehicle and began firing at the church.

"The suspect then moved to the right side of the church and continued to fire.

"The suspect ran off the roadway and crashed his vehicle. He was found deceased in his vehicle. It is not known if his gunshot wound is self-inflicted.

"We have multiple crime scenes, we have many, many people to interview and not a lot of information to give at this time."

One of those killed in the shooting was the pastor's teenage daughter, US media report. The pastor, Frank Pomeroy, told ABC News by phone that his daughter Annabelle Renee Pomeroy was killed.

She was "one very beautiful special child", he said. Mr Pomeroy was not at the church as he was in Oklahoma but said the other victims were his close friends.

A New York Times report quoted a constable, who said children were among the congregation. 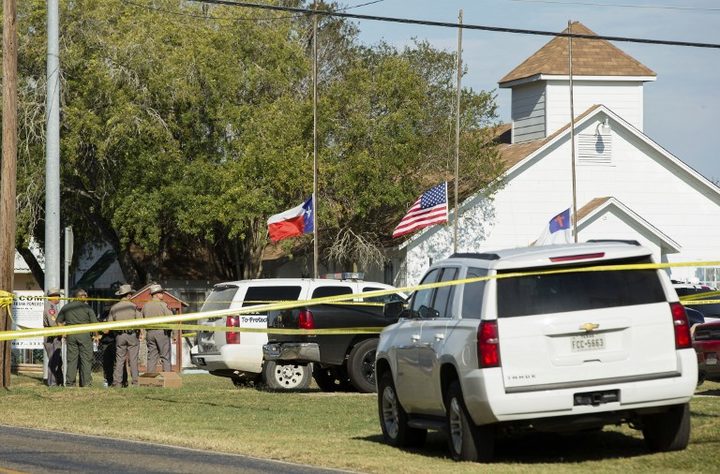 Other reports say the church's congregation usually numbered around 50 people.

According to witnesses, about 20 shots rang out about 11:30am local time during the church service, media reports said. It was unclear how many worshippers were inside at the time. 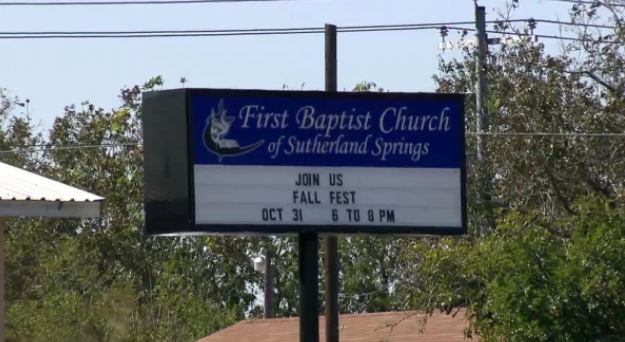 The church in Texas where at least 27 people have been killed. Photo: Twitter / KSAT News

After the shooting, the suspect sped away in a car and was soon cornered by sheriff's deputies just outside of Wilson County in Guadalupe County, Wilson County Commissioner Larry Wiley told Reuters.

The First Baptist Church is a fixture in Sutherland Springs, an area home to fewer than 900 residents, according the 2010 census.

The white, one-storey structure features a small steeple and a single front door.

About 50 people usually attend the service, locals said. Local media outlets also reported that children were among the dead.

One witness, Carrie Matula, told NBC News: "We heard semi-automatic gunfire ... we're only about 50 yards away from this church."

Police told local media there "were multiple victims" and the gunman had been killed in the aftermath.

"We were in the middle of our church service down the road when we got phone calls from friends about this - and they said there was an active shooter at First Baptist Church," he said.

"We had some first responders in our church, who immediately left and went down there. And then my church went to do what we do - we started praying ... we knew the best thing we could do was stay out of the way".

The San Antonio FBI branch said its agents had been deployed, and there was no indication of the gunman's motive.

The FBI also said that while only one shooter was reported, it was looking into other possibilities.

Photos and video from the scene showed the area taped off by local law enforcement.

A number of helicopters have arrived to transport the wounded, KSAT 12 reporter Max Massey said.

President Donald Trump, on a tour of Asia, tweeted: "May God be with the people of Sutherland Springs, Texas. The FBI and law enforcement are on the scene. I am monitoring the situation from Japan."

The church shooting happened a month after the Las Vegas massacre, in which 58 people died and 546 people were injured when a gunman opened fire on an open-air concert from a hotel room. It remains the deadliest mass shooting in modern US history.

The mass shooting is the latest in a rash of shootings that have plagued the United States in recent years, stirring a national debate over whether easy access to firearms was contributing to the trend.

The shooting occurred on the eighth anniversary of the 2009 massacre of 13 people at the Fort Hood Army base in central Texas. A US Army Medical Corps psychiatrist convicted of the killings is now awaiting execution.

In 2015, a white gunman killed nine black parishioners at Emanuel African Methodist Episcopal Church in Charleston, South Carolina. The gunman was sentenced to death for the racially motivated attack.

As it happened: Texas church shooting