United States president Donald Trump's Twitter account was "inadvertently deactivated" for 11 minutes by a Twitter employee on their last day in the job, the social media company says. 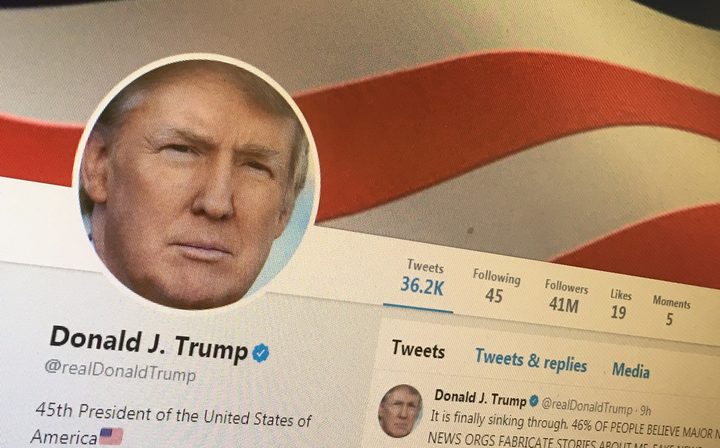 "We are continuing to investigate and are taking steps to prevent this from happening again," it added.

Through our investigation we have learned that this was done by a Twitter customer support employee who did this on the employee’s last day. We are conducting a full internal review. https://t.co/mlarOgiaRF

Mr Trump has made extensive use of messages on Twitter to attack his opponents and promote his policies both during the 2016 presidential campaign and since taking office in January.

"Great Tax Cut rollout today. The lobbyists are storming Capital Hill, but the Republicans will hold strong and do what is right for America!" he wrote in his first tweet after Thursday's outage.

When working as White House press secretary, Sean Spicer stated that Mr Trump's tweets were "considered official statements by the President of the United States".

The Communications Over Various Feeds Electronically for Engagement Act (COVFEFE) Act, has been introduced into the US House of Representatives by Democrat representative of Illinois Mike Quigley, which would mean tweets from US presidents' personal social media accounts would be treated the same as their official accounts.

The White House has also assured the National Archives and Records Administration it would keep a record of all Mr Trump's tweets, including those he deletes.