Security forces in the Somali capital, Mogadishu, have ended a 15-hour siege of a hotel stormed by armed militants. 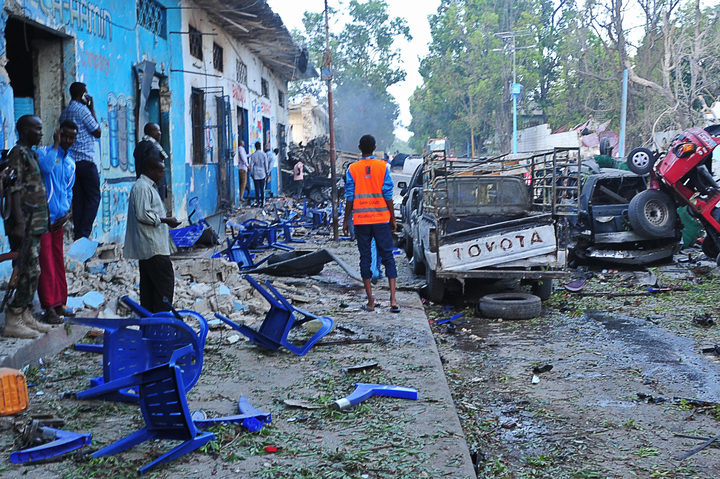 People stand among damages at the scene of a blast after two car bombs exploded in Mogadishu on October 28, 2017. Photo: AFP

The gunmen entered the building after two bombs were detonated in the area. At least 20 people were killed, and it is feared more bodies will be found as security forces search the hotel.

The Islamist militant group al-Shabab said it had carried out the bombings.

Two weeks ago, 358 people died in the worst attack in Somalia since the group launched its offensive in 2007.

The al-Qaeda-linked group denies having any involvement with the 14 October attack, from which another 56 people are still missing.

The militants said they had chosen the popular Nasahablod Two hotel for Saturday's attack because it had been frequented by security officials and politicians.

Provincial leaders, police and intelligence officials were gathering for a meeting with the government to agree on a joint strategy against al-Shabab, due to take place on Sunday.

The siege started in the afternoon after a car bomb was driven into the hotel. A few minutes later, a second explosion happened near the former parliament house nearby.

Many more people were injured, according to reports. Sporadic gunfire continued inside the hotel throughout the night, witnesses said.