China has entered a "new era" where it should "take centre stage in the world", President Xi Jinping says. 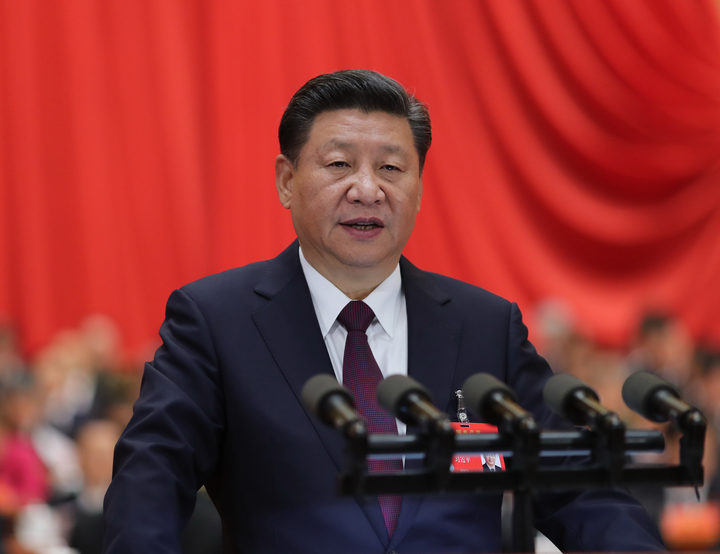 The country's rapid progress under "socialism with Chinese characteristics" shows there is "a new choice for other countries", he told the Communist Party congress.

The closed-door summit determines who rules China and the country's direction for the next term.

Mr Xi has been consolidating power and is expected to remain as party chief. The congress, which takes place once every five years, will finish on Tuesday. More than 2000 delegates are attending the event, which is taking place under tight security.

Shortly after the congress ends, the party is expected to unveil the new members of China's top decision-making body, the Politburo Standing Committee, who will steer the country.

Listing China's recent achievements in his three-hour speech, Mr Xi said that "socialism with Chinese characteristics in this new era" meant China had now "become a great power in the world", and had played "an important role in the history of humankind".

The Chinese model of growth under Communist rule was flourishing he said, and had given a new choice to other developing countries.

"It is time for us to take centre stage in the world and to make a greater contribution to humankind," he said.

Since Mr Xi took power in 2012, China's economy has continued to grow rapidly. Correspondents say the country has also become more authoritarian, with increasing censorship and arrests of lawyers and activists.

In his speech, Mr Xi also:

Beijing is decked out in welcome banners and festive displays for the congress. 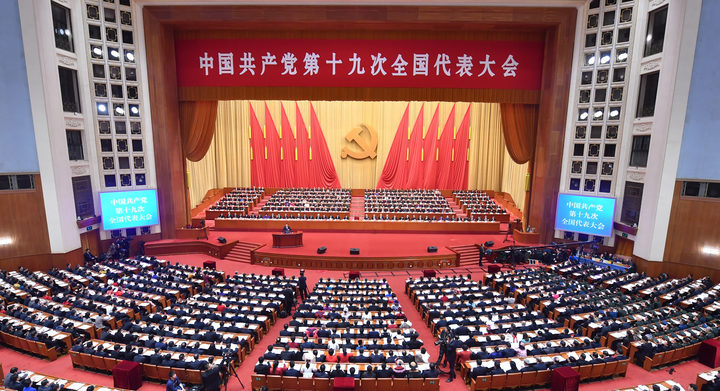 However, the capital is also on high alert. Long queues were seen earlier this week at railway stations due to additional checks at transport hubs.

The congress has also affected businesses, with some restaurants, gyms, nightclubs and karaoke bars reportedly shutting down due to tightened security rules.

An austerity drive, instituted by Mr Xi, has meant a more pared down congress, with reports this week of delegates' hotels cutting back on frills such as decorations, free fruit in rooms and lavish meals.

Meanwhile, state media have said the Party is expected to rewrite its constitution to include Mr Xi's "work report" or political thoughts, which would elevate him to the status of previous Party giants Mao Zedong and Deng Xiaoping.

Some see Mr Xi as accruing more power than any leader since Mao, and the congress will be watched closely for clues on how much control now rests in the hands of just one man, says the BBC's John Sudworth.

Mr Xi has tightened control within the Party and also in Chinese society, but continues to enjoy widespread support among ordinary citizens.