The organisation behind the Oscars has voted to expel Harvey Weinstein following numerous allegations of sexual assault made against the film producer. 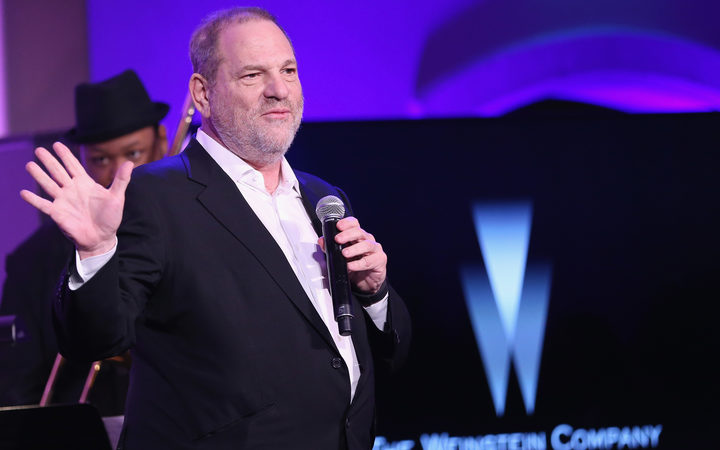 The Academy of Motion Picture Arts and Sciences said its board "voted well in excess of the required two-thirds majority" to expel him.

Its members include Hollywood figures such as Tom Hanks and Whoopi Goldberg.

Weinstein's films have received more than 300 Oscar nominations and won 81.

The emergency board meeting followed an avalanche of accusations against the producer by more than two dozen women, including actresses Angelina Jolie, Gwyneth Paltrow, and Rose McGowan, who alleges that he raped her in a hotel room.

Police forces in the US and the UK are investigating the allegations.

Weinstein has insisted through a spokeswoman that any sexual contacts he had were consensual, and he denies accusations of criminal sexual harassment, rape and sexual assault.

In a statement, the Academy of Motion Picture Arts and Sciences said they voted to expel Weinstein "not simply to separate ourselves from someone who does not merit the respect of his colleagues but also to send a message that the era of wilful ignorance and shameful complicity in sexually predatory behaviour and workplace harassment in our industry is over".

"What's at issue here is a deeply troubling problem that has no place in our society," the statement said.

Weinstein's expulsion means he will no longer be able to vote for nominees or winners in the Oscars.

It is only the second time a member has been expelled. Actor Carmine Caridi had his membership revoked in 2004 for piracy.

As the co-founder of Miramax Pictures and the Weinstein Company, Weinstein produced some of cinema's most celebrated films, including Pulp Fiction, The English Patient, and Shakespeare in Love.

President Pierre Lescure, the president of the Cannes Film Festival, where Weinstein was a regular, said the organisation was "dismayed to learn of the accusations".

Speaking to the Hollywood Reporter, Bob Weinstein called his brother "sick and depraved" and said he had no idea of "the type of predator that he was".

He refused to comment on reports that he and the board of Weinstein Company were aware of Weinstein's settlements with women during recent contract negotiations, saying only that the board "did not know the extent of my brother's actions".

He went on to call his brother's apology statement "utter insanity" and a "lame excuse".

Earlier, Bob Weinstein denied media reports that the Weinstein Company - which has placed Harvey Weinstein on indefinite leave - could now be closed or sold.

But several large film projects have been pulled from the company already, and reports in the Los Angeles Times and Wall Street Journal said that financers had begun to pressure the board to sell.

Weinstein has denied allegations of rape detailed in The New Yorker magazine, saying that there were no acts of non-consensual sex.

His wife Georgina Chapman said on Tuesday that she was leaving him.

On Wednesday, US prosecutors defended their decision not to take action against Weinstein in 2015 after Italian model Ambra Battilana Gutierrez, then 22, alleged that he had touched her inappropriately.

A subsequent sting operation recorded the producer repeatedly attempting to coerce Battilana Gutierrez, but the Manhattan district attorney's office said the audio was "insufficient to prove a crime".