Strong winds are fanning "catastrophic" wildfires that have killed at least 23 people in northern California, the state fire chief says. 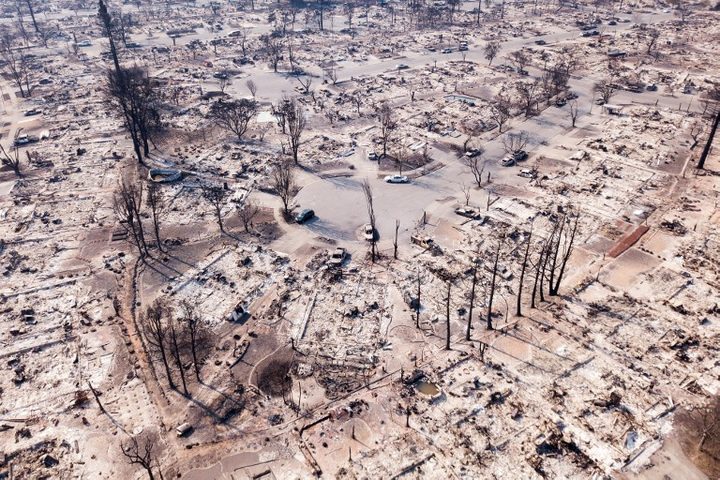 Fire damage is seen from the air in the Coffey Park neighborhood in Santa Rosa, California. Photo: AFP / Elijah Nouvelage

Thousands of people have been left homeless by the 22 huge blazes, which are spreading fast and unpredictably.

Nearly 300 people are missing, but police say that may be due to the chaotic nature of evacuations.

Entire towns in the state's wine-producing region have been abandoned.

The fires are among the deadliest in California's history and have sent smoke as far south as San Francisco, about 100km away. 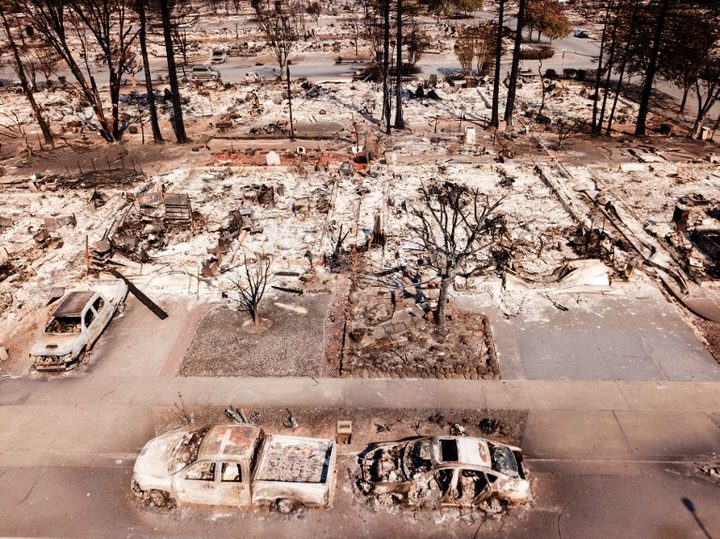 Fire damage is seen from the air in California. Photo: AFP / Elijah Nouvelage

"This is a serious, critical, catastrophic event. We're not going to be out of the woods for a great number of days to come," said fire chief Ken Pimlott. He warned that the death toll could rise further.

"We are still impacted by five years of drought. These fires were driven by the critically dry fuel bed. We are literally looking at explosive vegetation," he added.

More than 200 fire engines and crews are being rushed to California from the rest of the US, officials said. 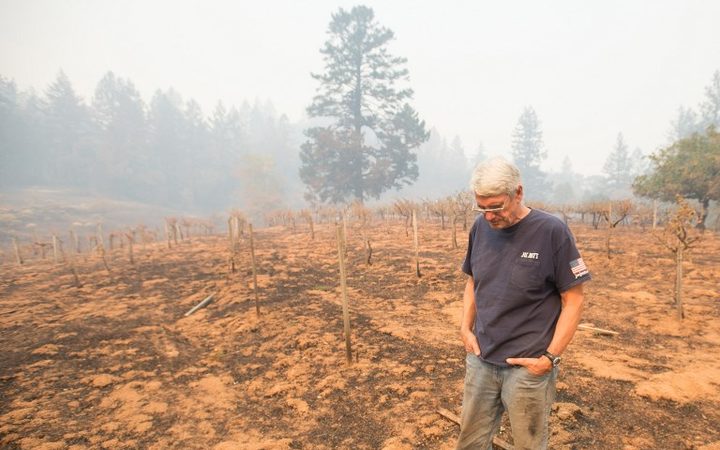 The fires have reduced entire neighbourhoods in the city of Santa Rosa, a city of 175,000 people, to ashes.

The evacuated towns include Calistoga in Napa County, where all 5000 were told to leave and police stopped all traffic trying to approach the area.

At least 13 of the deaths have occurred in Sonoma County, officials say. Some 25,000 people across the county have been evacuated and 40,000 homes are without power.

Family members and friends of those missing have made appeals on social media to locate their loved ones while authorities have urged missing residents to mark themselves safe on a registry of missing people. 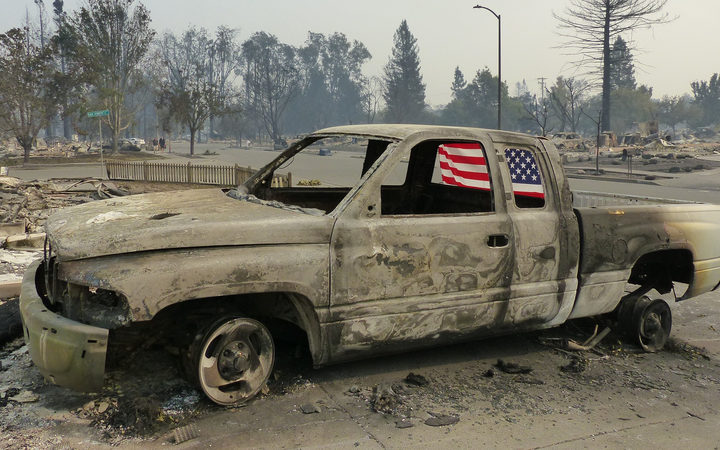 A burnt out car in Santa Rosa, US. Photo: AFP

Among the victims were Charles Rippey, 100, and his wife, Sara, 98, who had recently celebrated their 75th wedding anniversary and who died on Sunday at their home in Napa.

"They just couldn't be without each other. The fact that they went together is probably what they would have wanted," their son Mike Rippey told the New York Times.

At least four wineries have suffered "total or very significant losses", Napa Valley Vintners said, with nine others reporting some damage to buildings or vineyards.