German Chancellor Angela Merkel wants to win back the voters who deserted her party for the nationalist AfD, set to be the third largest grouping in parliament. 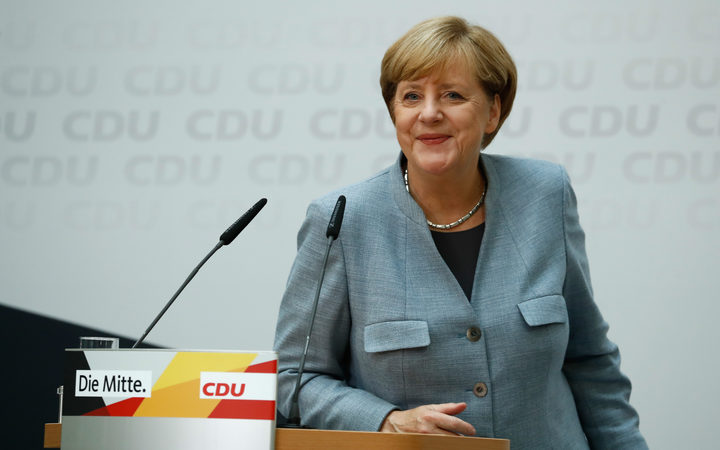 Mrs Merkel is set for a fourth term in office, despite heavy losses for her party in Sunday's election, and now faces months of coalition talks to try to form a stable government.

After winning its first federal parliamentary seats, AfD - Alternative for Germany - vowed to fight "an invasion of foreigners" into the country.

But splits have already emerged between AfD leaders on the party's direction.

There were surprising scenes at the party's news conference on Monday morning when chairwoman Frauke Petry, the best known AfD politician, announced she would not be part of the party's bloc when she joined the Bundestag. 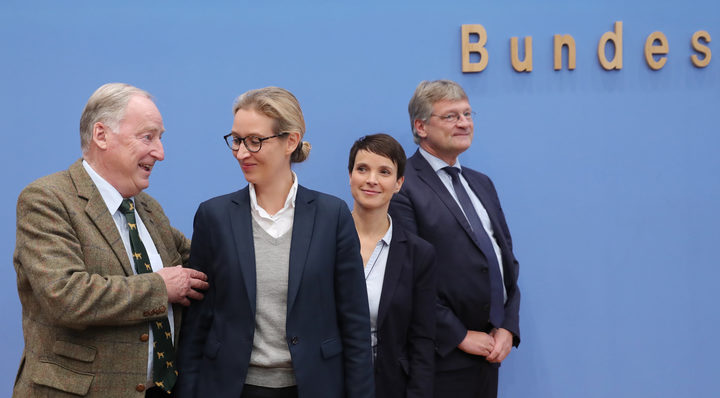 Mrs Merkel's conservative alliance has the largest number of seats and will form the next government - as the left-leaning parties together do not come remotely close to a parliamentary majority.

As working with AfD MPs would be unthinkable, and the second-placed Social Democrats (SPD) has apparently ruled itself out, the most likely scenario is a "Jamaica" coalition, so-called because the traditional colours of the parties match those of Jamaica's flag.

Such a coalition - which has never been tried at the federal level - includes the CDU/CSU, the liberal, business-friendly Free Democrats (FDP) - who are returning to parliament after a four-year hiatus with 80 seats - and the Greens (67 seats).

This combination could lead to prolonged horse-trading, as the Greens and FDP disagree on key policy issues.

Martin Schulz, who leads the SPD, has vowed to prevent AfD from being the main opposition party and enjoying certain privileges as a result. He insists his party will not enter another coalition with the conservatives.

But the SPD's stance has been criticised by other parties. The FDP's Christian Lindner said the Social Democrats' "rash and sudden decision to stay in the opposition in parliament is irresponsible". The Greens said they were "deeply troubled" by the AfD being in parliament.

Regarding possible coalition talks, co-leader Katrin Göring-Eckardt said "negotiations between these four parties will be tough."

'We want to get them back by good politics'

On Monday the chancellor said she had wished for a better result in general.

"We have started to analyse the voters we lost, especially with regards to those who went on to vote for the AfD, we want to get them back by good politics and addressing some of the issues," Mrs Merkel said.

She said her party would speak to the liberal FDP and the Greens "but also the SPD, as we governed together for a long time and it's always important to keep talking".

The AfD, formed only four years ago, is expected to take 94 seats in the 709-seat federal parliament as the third-largest grouping.

AfD's campaign capitalised on a backlash over Mrs Merkel's decision to open Germany's borders to undocumented migrants and refugees in 2015, mainly from the Middle East.

Its success has shocked Germany's political establishment, and protests against the anti-Islam party have been held in several cities following the election result.