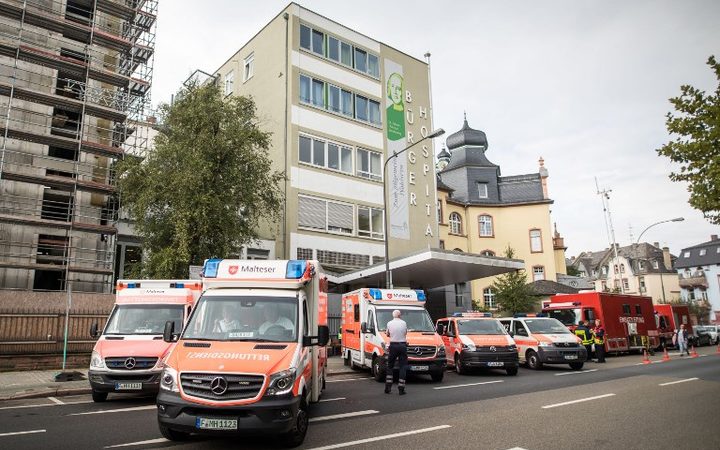 Ambulances outside Buergerhospital, which is to be evacuated due to a bomb disposal in Frankfurt, Germany. Photo: AFP / FRANK RUMPENHORST / DPA

Around 60,000 people have left their homes in the largest evacuation in a German city since the war.

A smaller bomb was disposed of in the city of Koblenz, 110km west of Frankfurt, where 22,000 residents were moved as a precaution before specialists defused the 500 kilogram bomb.

Officials in Frankfurt said more than 60,000 residents will have to leave their homes by this evening, and will have to stay away for at least 12 hours. 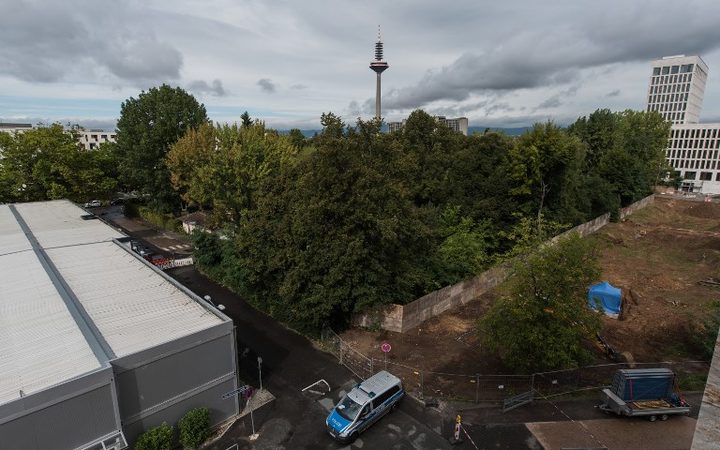 The bomb, an HC-4000, contains more than 1.4 tonnes of explosives, enough to level a city block.

About 150,000 unexploded bombs dropped by British and American planes are believed to by lying across Germany.

An average of about 2,000 tonnes of unexploded ordnance are found each year in Germany. About half the 2.7 million tonnes of bombs dropped by Allied powers during World War Two landed on German soil.

Many of the bombs were equipped with malfunctioning time-delay fuses, and many never went off.

Adding to the problem are Russian artillery shells, German hand grenades and tank mines, as well as Russian munitions from training facilities in post-war East Germany.

The problem is so widespread that Germany has a bomb-disposal unit, the Kampfmittelbeseitigungsdienst (KMBD), dedicated to the problem. Its technicians are among the busiest in the world, deactivating a bomb every two weeks or so - and they estimate their work will continue for decades to come.