Security has been tightened in at least five north Indian states after nearly 30 people died in the violence that erupted after the conviction for rape of a self-styled holy man. 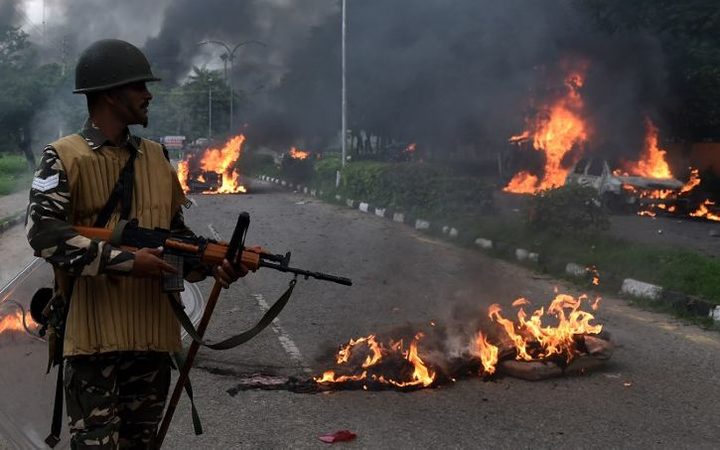 The victims are believed to be Gurmeet Ram Rahim Singh's followers. Angry supporters rampaged through Panchkula town, near Chandigarh.

About 2,500 of Singh's followers have been arrested, police said.

More than 200,000 of his followers had flocked to the Chandigarh area ahead of Friday's verdict.

Singh, who says he has millions of disciples, was found guilty of raping two women at the headquarters of his sect, known as Dera Sacha Sauda, in 2002.

Thousands of army, police and paramilitary forces were deployed. They fired tear-gas canisters and water cannon into the crowd to try to restore control, says the

However, the region's police chief BS Sandhu said the violence was now under control.

Curfews have been imposed in several areas of Chandigarh city and across the state of Punjab, and internet services were suspended.

Violence also spread to the capital, Delhi, where two train coaches were set on fire, according to reports.

Singh, 50, was taken into protective custody by the army following the conviction.

The court is expected to sentence him on Monday.