The Pentagon has yet to decide how many more US troops to send to Afghanistan, following Donald Trump's commitment to the open-ended war. 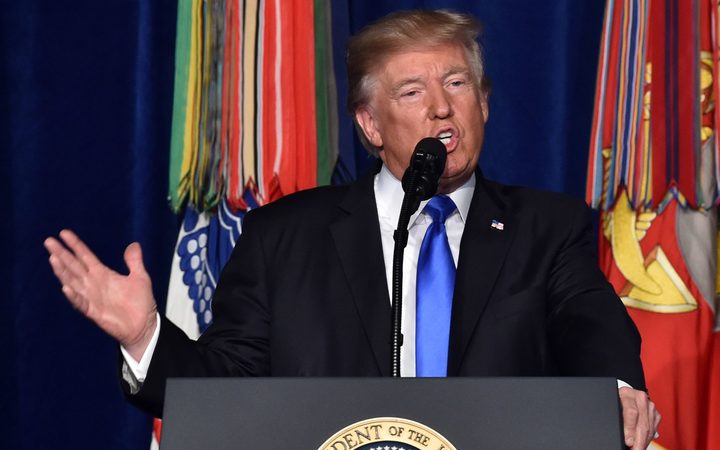 The US president offered few specifics in a televised address in which he promised a stepped-up military campaign against Taliban insurgents who have gained ground against US-backed Afghan government forces.

Despite previously advocating the US army be pulled out of Afghanistan, Mr Trump said yesterday a a hasty withdrawal would leave a vacuum for terrorists to fill.

Afghan president Ashraf Ghani thanked the US for supporting "the joint struggle against the threat of terrorism".

The Taliban said it would make the country a "graveyard for the American empire."

Defense Secretary James Mattis said he was waiting for a plan from the US military's chairman of the Joint Chiefs of Staff before deciding how many more troops to send to Afghanistan.

"It may or may not be the number that is bandied about," Mr Mattis said, during a visit to Iraq.

US officials have said Mr Trump has given Mr Mattis the authority to send about 4000 additional troops to add to the roughly 8400 already in Afghanistan.

Trump has previously called for a US withdrawal from Afghanistan. On Monday he said his original instinct was to pull out all American troops but that he was convinced otherwise by his military advisers after a lengthy strategy review.

"The consequences of a rapid exit are both predictable and unacceptable," he said. "A hasty withdrawal would create a vacuum that terrorists, including ISIS (Islamic State) and al Qaeda, would instantly fill." 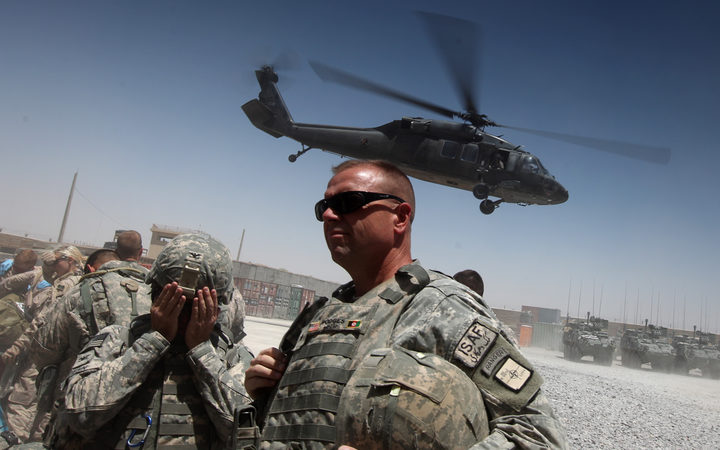 US troops in front a Black Hawk helicopter lifting off from Camp Nathan Smith in Kandahar city, southern Afghanistan, in 2010 Photo: AFP

US forces have been bogged down since in a war that has vexed three American presidents. About 2400 U.S. troops have died in Afghanistan.

Mr Trump said "our troops will fight to win", but he also stressed that ultimately Afghanistan's police and army must do most of the fighting to defeat the Taliban and allied Islamist militants.

Most of the US troops in Afghanistan work with a NATO-led training and advising mission, with the rest part of a counter-terrorism force that mostly targets pockets of al Qaeda and Islamic State fighters.

Mr Trump singled out Pakistan, which shares a border with Afghanistan, for harbouring militants, an accusation denied by Islamabad.

"We can no longer be silent about Pakistan's safe havens," he said, referring to complaints that Taliban and other militants move freely in Pakistan.

Trump also called on India to play a greater role in Afghanistan.