A woman's headless torso has been found in Copenhagen - but police have warned it is too early to tell if it is missing Swedish journalist Kim Wall. 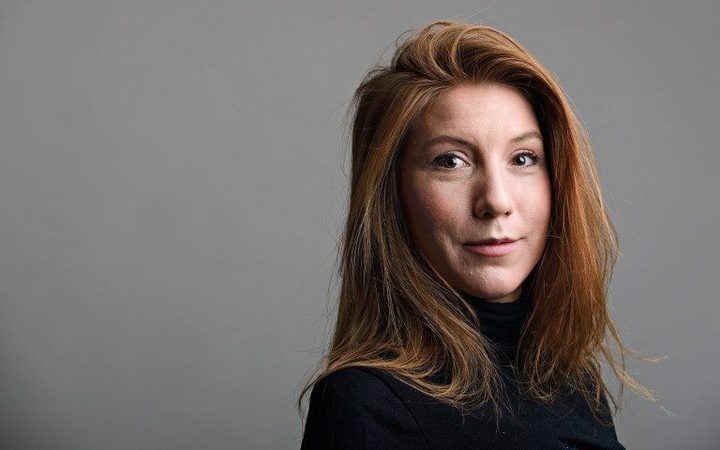 A photo released of Swedish journalist Kim Wall, who was allegedly on board the submarine before it sank. Photo: AFP/Tom Wall

The remains were found on the water's edge by a cyclist, police said.

Ms Wall was last seen on Danish inventor Peter Madsen's submarine on the night of 10 August.

Mr Madsen has been charged with manslaughter. He told a court on Monday Ms Wall's death had been an accident and that he had "buried" her at sea.

Mr Madsen, 46, claims that he left her body somewhere in Koge Bay, south of Copenhagen, the police said. A search effort involving divers, helicopters and ships has been under way along the identified route since Friday.

The torso, which was also missing its legs and arms, was found in that area and divers are searching nearby.

The body has been sent for forensic testing. 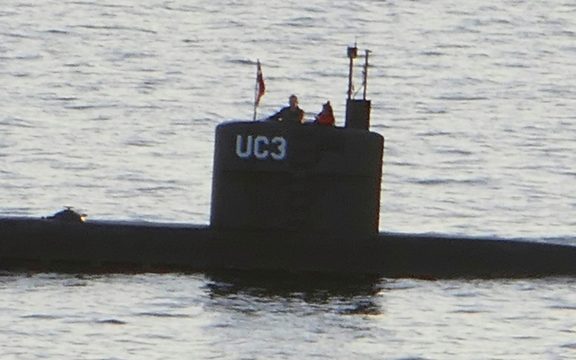 This image, circulated in Danish media, is said to show Ms Wall standing next to a man in the tower of UC3 Nautilus. Photo: AFP

Copenhagen police spokesman Jens Moller said: "It is clear that the police, like the media and everybody else, is speculating whether this female body is Kim Wall, but it is way too soon to tell."

Mr Madsen has been charged with negligent manslaughter. The police say they cannot release any more information at this time.

Peter Madsen's lawyer, Betina Hald Engmark, said her client had not admitted any wrongdoing. She said he had given evidence to the police during preliminary questioning and "information from this" had now emerged.

"My client has not confessed to anything, my client still pleads not guilty to the charges against him," she said.

The court case is being heard behind closed doors but his explanation of what happened was released after a request from the defence and prosecution.

In a statement, Copenhagen police also said that maritime authorities had determined the route the submarine travelled in Koge Bay and the Oresund strait before sinking.

Ms Wall, a 30-year-old journalist who wrote for several international publications, was first reported missing by her boyfriend after she failed to return from what should have been a short trip on the UC3 Nautilus submarine.

She had been researching a feature about Mr Madsen and his 40-tonne submarine, which at one stage was the largest privately-made vessel of its kind.

Mr Madsen initially said he dropped Ms Wall off after dark on 10 August, close to where they had met earlier. But police later said he had given them a new account of events, which was not made public at the time.

Police believe the submarine was deliberately sunk by Mr Madsen, who was rescued before being arrested.