Authorities in Sydney have seized material that could be used to make an improvised bomb, as investigations continue into an alleged terror plot to bring down a plane. 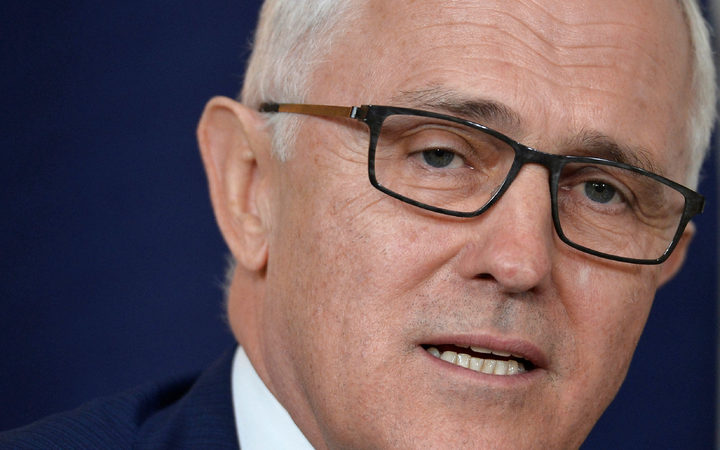 Heavily armed police carried out raids at several properties, in the inner-city suburb of Surry Hills, and the southwest suburbs of Lakemba, Wiley Park and Punchbowl.

The ABC has been told police found items that could be used to make a homemade bomb when they raided the house at Surry Hills.

It is understood that authorities believe the group was intending to smuggle the device onto a plane in order to blow it up. 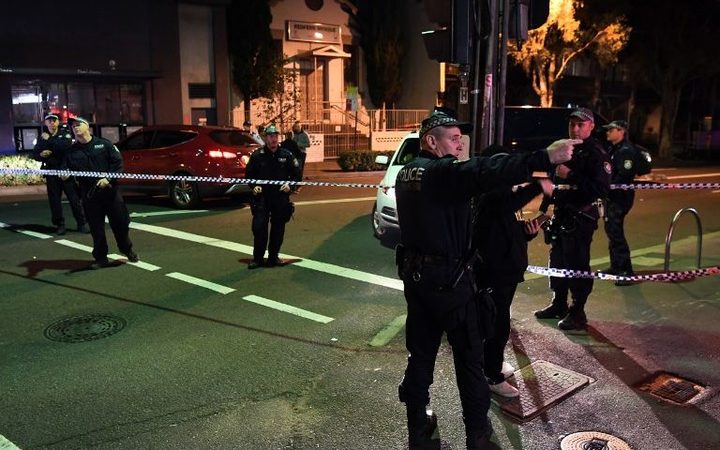 Police at a check point in the Sydney inner suburb of Surry Hills. Photo: AFP

A woman, who told the ABC her son and husband were arrested after her Surry Hills house was raided, denied they had any links to terrorism.

"I love Australia," she said as she was accompanied to a waiting car by police.

Meanwhile, Australian travellers are being warned of major delays at airports as additional security measures are now in place.

Mr Turnbull said passengers should allow extra time - at least two hours - for screening because of the additional security measures. He said they should also cut down on their baggage.

Passengers report delays of up to 90 minutes at Sydney and Adelaide airports, and "massive" queues at Melbourne.

Passengers flying to New Zealand, and on other international flights have been told to allow an extra three hours for screening.

Some passengers took to Twitter to warn others of the delays.

If you are travelling though #SydneyAirport allow lots of extra time. Massive queues due to extra security. Don't underestimate the wait!

At Sydney's international terminal, police on motorbikes are patrolling the long queues of cars, peering into every window.

New Zealand's Civil Aviation Authority said it was keeping a close watch on safety and would be able to respond quickly should there be a need to change the level of security at New Zealand airports.

In an earlier statement this morning, the Prime Minister's Office said the raids were "designed to disrupt and prevent plans to undertake terrorist attacks in Australia".

"I have been kept closely briefed on the progress of the operations by the heads of our relevant security agencies," Mr Turnbull said.

"However, as the operations are ongoing, it is inappropriate to provide further detail at this stage."