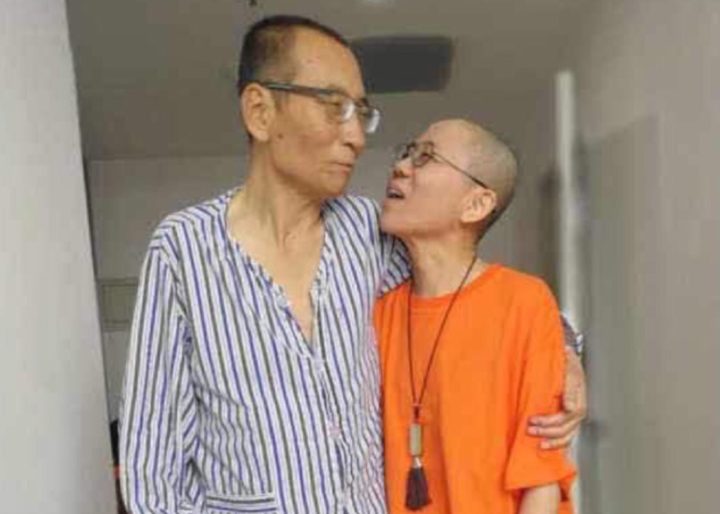 The activist was being treated for terminal liver cancer in a hospital in north-eastern China.

He had been transferred from prison last month, where he was serving an 11-year term for "subversion".

A university professor turned rights campaigner, Mr Liu was branded a criminal by the authorities.

He was repeatedly jailed throughout his life, and had also been subject to heavy restrictions when he was free, while his wife, Liu Xia, was placed under house arrest.

In the weeks leading up to his death, Mr Liu's case became mired in international controversy.

Several Western countries urged China to allow Mr Liu to leave the country to seek palliative care elsewhere. A German and an American doctor who recently visited and examined him said he could travel abroad.

But Chinese medical experts insisted that he was too ill to travel.

Mr Liu has been a pro-democracy figurehead for activists outside mainland China, although many do not know him at home where authorities have rigorously censored news about him.

The activist played a significant role in the Tiananmen protests of June 1989 which ended in bloodshed when they were quashed by troops.

He and other activists negotiated the safe exit of several hundred demonstrators, and has been credited with saving the protesters' lives.

He was subsequently placed in a detention centre and released in 1991.

Mr Liu's campaign for the freeing of those detained during Tiananmen landed him in a labour camp in north-eastern China for three years but he was permitted to marry poet Liu Xia there in 1996.