Saudi Arabia and three other Arab states have extended the deadline for Qatar to accept a list of demands or face further sanctions by 48 hours. 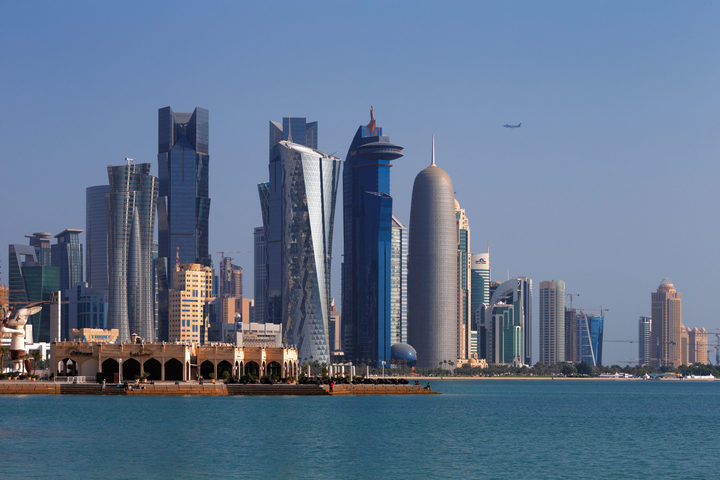 The initial deadline for Qatar to agree to the group's 13 demands, including the shutting down of the Al Jazeera news network, expired on Sunday.

The Gulf state has said that it will submit its formal response in a letter delivered to Kuwait on Monday.

Qatar denies accusations from its neighbours that it funds extremism.

The state's foreign minister will travel to Kuwait on Monday morning to deliver the letter, sent from the emir of Qatar to the emir of Kuwait, who is the main mediator in the Gulf crisis.

On Saturday, Qatari Foreign Minister Sheikh Mohammed bin Abdulrahman bin Jassim Al-Thani said the state had rejected the demands, but was ready to engage in dialogue under the right conditions.

Qatar has been under unprecedented diplomatic and economic sanctions for weeks from Saudi Arabia and its allies, Egypt, the United Arab Emirates (UAE) and Bahrain.

On 23 June, the four countries, whose foreign ministers will meet on Wednesday to discuss the situation, set a deadline of 10 days for Qatar to agree to their requirements, which include the closure of a Turkish military base and the curbing of diplomatic relations with Iran.

The imposed restrictions have caused turmoil in Qatar, an oil- and gas-rich nation dependent on imports to meet the basic needs of its population of 2.7 million. As a result, Iran and Turkey have been increasingly supplying it with food and other goods.

Saudi Arabia, Egypt, the UAE and Bahrain have accused Qatar of harbouring their opponents - including political Islamists such as the Muslim Brotherhood, which is viewed as a particular threat by the absolute monarchies - and giving them a platform on the Al Jazeera satellite channel, which is funded by the Qatari state.

The four countries severed diplomatic and travel ties with Qatar one month ago, accusing it of supporting terrorism and being an ally of regional foe Iran, charges that Doha denies.

They have since threatened further sanctions.

The situation is the worst political crisis among Gulf countries in decades.

What are the other demands?

According to the Associated Press news agency, which obtained a copy of the list, Qatar must also:

An unnamed official from one of the four countries told Reuters news agency that Qatar was also being asked to sever links with so-called Islamic State, al-Qaeda and Lebanese Shia militant group Hezbollah.

The demands have not been officially unveiled. Their publication has increased the friction between the two sides.