Luiz Carlos da Rocha - nicknamed 'White Head' - is believed to be the leader of a massive cocaine empire in South America.

Federal police said sentences handed down to Rocha could amount to more than 50 years of prison time. 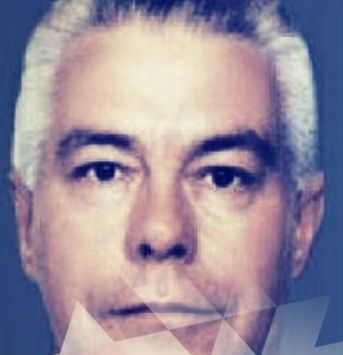 Police said he was "a criminal who lived discreetly and in the shadows".

The drug kingpin had been living under the assumed name Vitor Luiz de Moraes. Agents compared old known photos of Rocha to the images of the new suspect, "and concluded that Luiz Carlos da Rocha and Vitor Luiz are the same person".

Brazilian police said his organisation was known to be violent, making use of armed escorts, armoured cars, and heavy weapons.

It produced cocaine in Bolivia, Peru and Colombia, before shipping it through an elaborate logistics system to Europe and the United States.

Luiz Carlos da Rocha is also accused of being one of the main providers of cocaine to criminal organisations within Brazil, in Sao Paulo and Rio de Janeiro.

In total, police estimate his empire produced some five tonnes of cocaine each month.

Operation Spectrum - the name given to the sting - also seized some $US10m worth of criminal assets, including farms, other real estate, luxury vehicles and aircraft.

Officers believe Rocha's wealth is closer to $US100m, and say they will seek to seize the rest of his assets in the second phase of the operation.