The alleged mastermind of the 2002 Bali bombings has reportedly been charged at Guantanemo Bay. 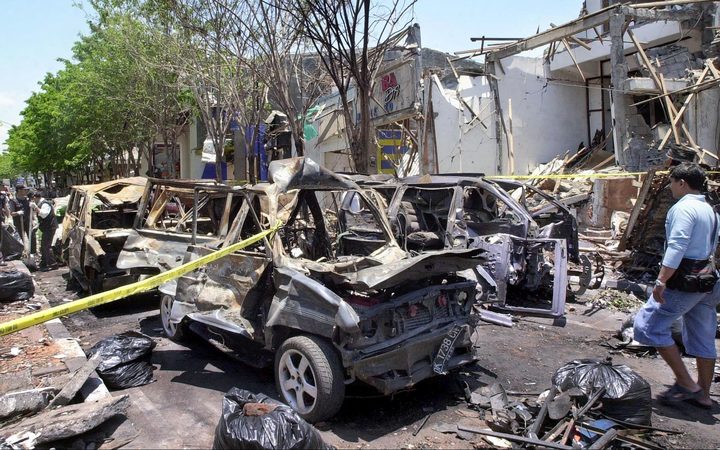 Kuta, near Denpasar, on the island of Bali, after the bombing in 2002. Photo: AFP

The Miami Herald reports that a prosecutor has filed terror charges against Riduan "Hambali" Isomuddin.

The newspaper says the prosecutor has accused Hambali of directing three simultaneous attacks on the Indonesian island that killed 202 people, including 88 Australians and three New Zealanders. 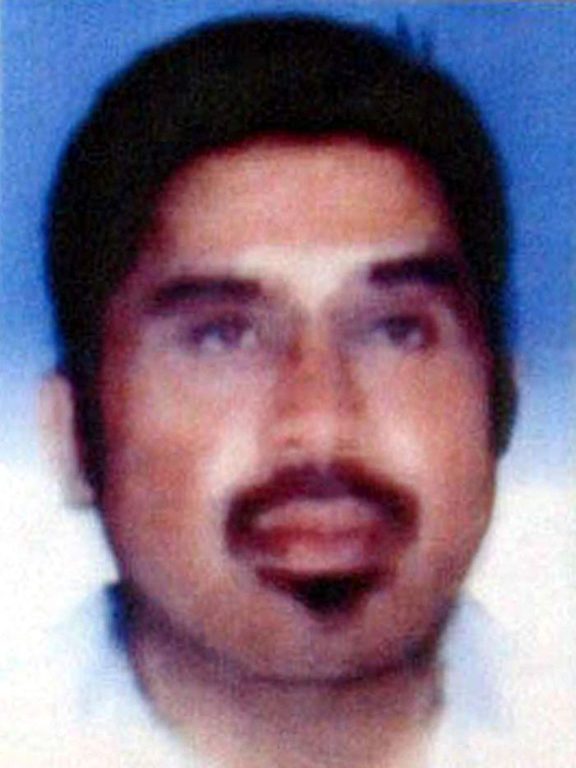 Hambali was captured in Bangkok, Thailand in August 2003 and has been held in Guantanamo Bay without charge since 2006.

The legal brief details more than a decade of jihadi activity allegedly carried out by Hambali across the world, including attempts to plan terror attacks in Australia.

The charge sheet, which the ABC has obtained, alleges Hambali "did not expect so many people to die" in the Bali attack and that "he was surprised by the outcome".

It is the first time the alleged Bali bombing architect has been charged over his suspected role in the attack, which was found to have be carried out by terrorist organisation Jemaah Islamiyah.

Miami Herald reporter Carol Rosenberg, who broke the story, told Saturday AM a senior Pentagon official would now decide if the case would proceed to court and if the death penalty would be sought.

The charge sheet alleges Hambali directed three simultaneous bombings in Bali on October 12, 2002 - in a pub, near a dance club and the US Consulate.

Rosenberg said before Hambali was transferred to Guantanamo, he was taken to a secret CIA prison network, where he was interrogated for three-and-a-half years.

She said the CIA had no intention of charging him with any crime until 2006, when then-president George Bush ordered the CIA sites closed and those prisoners were brought to Guantanamo to face trial.

"What's intriguing about this is why it took so long," Rosenberg said.

"The charge sheet says, as you know, he was the overseer of the Bali bombing and of another bombing in 2003 in Jakarta, Indonesia in American hotel the Marriot."

On October 12, 2002 three bombs were detonated in busy nightspots in Bali, and one exploded outside the American consulate.

A third bomb then exploded about 45 seconds later near the US consulate.

The attack represents the single largest loss of Australian life due to an act of terror.

In 2003, Hambali is also alleged by the war court prosecutor to have had deputies pick up money from Al Qaeda, which was sent by a courier from Pakistan, to fund a terrorist operation, the Miami Herald reports.

In 2016, Guantanamo Bay's Periodic Review Board determined that Hambali's detention was necessary "to protect against a continuing significant threat to the security of the United States", adding that Hambali "remains steadfast in his support for extremist causes and his hatred for the US".

The Periodic Review Boards were established in 2013 to review the cases of all prisoners held in the Guantanamo Bay prison who had not yet been approved for release or were not yet facing trials.