Belgian soldiers have shot a man suspected of being a would-be suicide bomber at Brussels Central Station, officials say.

He was shot after reportedly setting off a small explosion and no-one else is believed to have been injured.

Police say the situation is under control. The station and the city's Grand Place were evacuated.

In March 2016, 32 people died in attacks on Brussels claimed by the Islamic State (IS) group.

According to Belgian newspaper La Libre, quoting prosecutors, the man who was shot was wearing a rucksack and a bomb belt.

He detonated a device when he attracted the attention of soldiers in the station, the paper says.

Several Belgian media outlets quote witnesses as saying the man shouted "Allahu Akbar" ("God is great" in Arabic) before setting off the explosion.

The condition of the injured suspect was not immediately known. 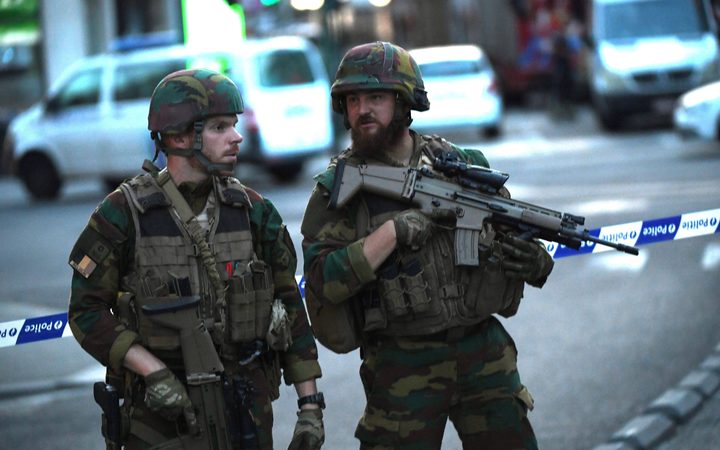 Soldiers stand at a cordoned off area on a street outside Gare Centrale in Brussels. Photo: AFP

'He blew up a trolley'

Nicolas Van Herrewegen, a railway sorting agent, told reporters he had gone down to the station's mezzanine level when he heard someone shouting.

"Then he cried 'Allahu Akbar' and he blew up a trolley," he was quoted by AFP news agency as saying.

"I was behind a wall when it exploded. I went down and alerted my colleagues to evacuate everyone. He [the suspect] was still around but after that we didn't see him."

"It wasn't exactly a big explosion but the impact was pretty big," he added. "People were running away."

Mr Van Herrewegen described the suspect as well-built and tanned with short hair, wearing a white shirt and jeans.

"I saw that he had something on him because I could see wires emerging, so it may have been a suicide vest," he said.

Arash Aazami arrived at the station just after the explosion. He told the BBC: "As we entered into the station, we were evacuated loudly by some security personnel.

"Looked around, saw people running in the streets, trying to seek refuge and decided to do the same ourselves."

As the station and Grand Place were evacuated, businesses and restaurants were ordered to close and draw down their shutters, RTL radio reports.

Metro lines running through the station were also briefly suspended on orders of the police, according to the radio.

Along with the dead, more than 300 people were injured.

Two other European capitals, Paris and London, were shaken by attacks in recent days.

In Paris, a man with an Islamist background died after ramming his car into a police van on the Avenue des Champs-Élysée on Monday

In London, a van was driven into Muslim worshippers outside a mosque on Sunday night, with one man dying and nine people injured 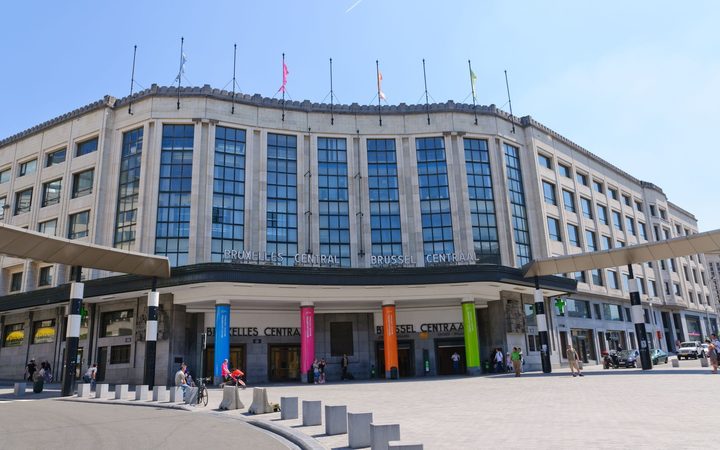