President Donald Trump seems to have acknowledged for the first time he is under investigation in the inquiry into alleged Russian meddling in the US election. 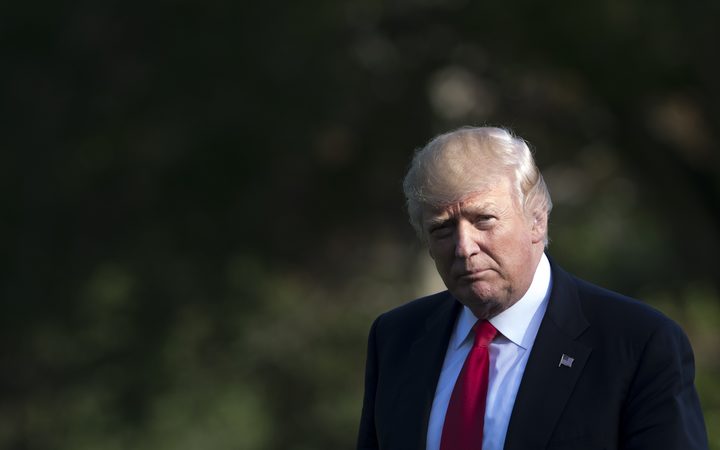 In a tweet, the president also appeared to accuse the US deputy attorney general of pursuing a 'witch hunt'.

The tweet is the the first time Mr Trump had publicly acknowledged he is under investigation.

Though the president did not name anyone in his morning tweet, he appeared to refer to Deputy Attorney General Rod Rosenstein, who wrote a memo which the White House used to justify the firing of former FBI chief James Comey.

Mr Rosenstein took over the investigation into whether Russia tried to tip the US election in favour of Mr Trump, after Attorney General Jeff Sessions recused himself in March.

The FBI and Congress are both looking at whether Trump campaign officials colluded with the alleged Kremlin plot. The inquiries have yet to show evidence of collusion.

Mr Trump also tweeted that no-one had been able to show any proof of collusion with the Russians.

After 7 months of investigations & committee hearings about my "collusion with the Russians," nobody has been able to show any proof. Sad!

Mr Trump was not under investigation before Mr Comey's firing, but reportedly is now facing scrutiny for obstruction of justice over the circumstances surrounding the ex-FBI chief's sacking, according to US media.

Special Counsel Mueller was reportedly planning to interview intelligence officials on whether Mr Trump got rid Mr Comey in May to hamper an inquiry into his sacked national security adviser, Michael Flynn.

Mr Comey, who had been leading one of several Russia inquiries, testified to Congress last week that the president had pressured him to drop an inquiry into links between Mr Flynn and Russia.

Mr Flynn was forced out in February after he misled the vice-president about his conversations with Russia's ambassador before Mr Trump took office.

Mr Comey said he was "sure" Mr Mueller was looking at whether Mr Trump had obstructed justice, but added that to his knowledge, the president had not tried to impede the Russia inquiry.

Mr Trump is unlikely to face criminal prosecution as a sitting president, but obstruction of justice could be grounds for impeachment.