Some high-rise buildings in New Zealand will have the type of cladding being questioned after a deadly apartment block blaze in London, warns a fire protection engineer. 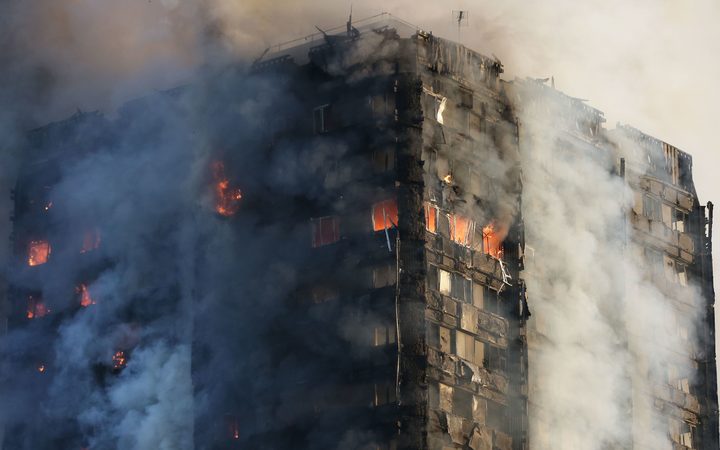 Investigators are still to determine the exact cause of the fire, but there have been reports that the building's cladding - two sheets of aluminium with a flammable low-density core - might have helped the fire spread externally.

Earlier this year, New Zealand tightened up the rules for cladding used on high-rise buildings.

Fire protection engineer Michael James said some tall buildings would still have the type of cladding used in the building in London.

"There will be some buildings that will have it on, it's hard to say how many. I guess the New Zealand risk profile is a little bit different - we don't have as many tall buildings."

In the UK, the Fire Protection Association (FPA) - the national fire safety organisation - has been lobbying against the use of the cladding, but said it had not been able to convince regulators to take action.

FPA managing director Jon O'Neill told Nine to Noon something must have gone "catastrophically wrong" for the fire to spread across an entire building.

"We've been concerned for many, many years now about the amount of combustible cladding being brought into the building environment.

"Generally our views are being shared and considered and everybody is with us, but nothing seems to have been done."

He said as tragic as yesterday's fire was, it was not a unique building in the city, and there needed to be a close look at what could be done to "turn things around".