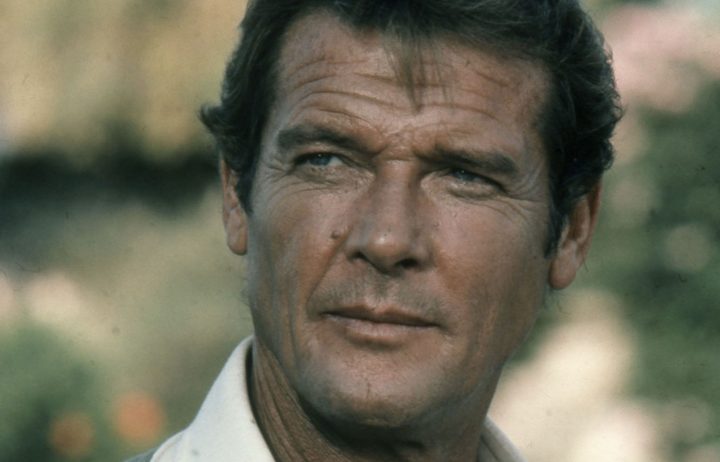 Roger Moore in the film 'For Your Eyes Only'. Photo: AFP

He appeared in seven Bond films between 1973 and 1985, including Live and Let Die, The Spy Who Loved Me and For Your Eyes Only.

Sir Roger's family confirmed the news on Twitter, saying he had died after "a short but brave battle with cancer".

The statement from his children Deborah, Geoffrey and Christian, read: "Thank you Pops for being you, and being so very special to so many people." 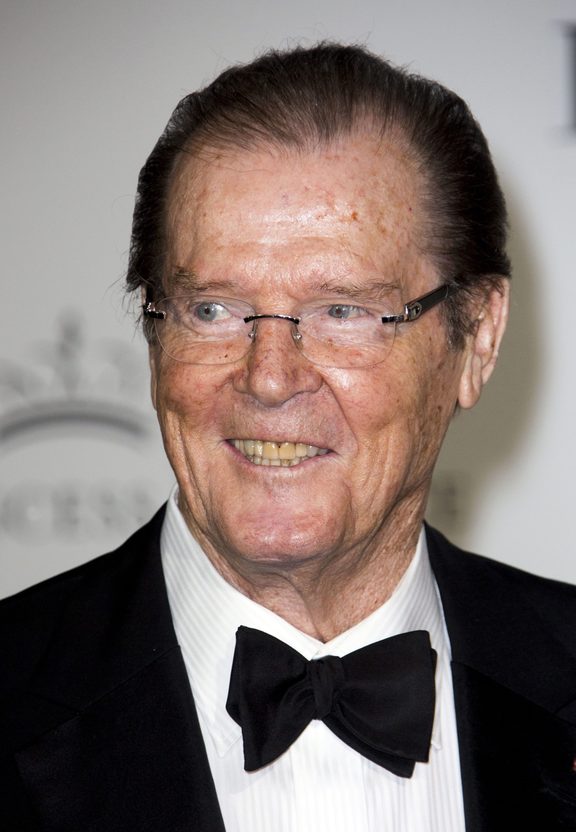 "With the heaviest of hearts, we must share the awful news that our father, Sir Roger Moore, passed away today. We are all devastated," they said.

The actor took the character of James Bond in a more humorous direction than his predecessor Sean Connery.

Sir Roger's Bond was calm and suave - a smooth operator who could seemingly get himself out of a tricky situation with ease.

Moore was also known for 1960s TV series The Persuaders and The Saint.

The veteran star, who died in Switzerland, will have a private funeral in Monaco in accordance with his wishes, his children said.

"The love with which he was surrounded in his final days was so great it cannot be quantified in words alone," read the statement.

"Our thoughts must now turn to supporting Kristina [Tholstrup, his wife] at this difficult time."

Sir Roger was also well known for his humanitarian work - he was introduced to Unicef by the late Audrey Hepburn and was appointed as a goodwill ambassador in 1991.

"With the passing of Sir Roger Moore, the world has lost one of its great champions for children - and the entire UNICEF family has lost a great friend," the agency's executive director Anthony Lake said in a statement. 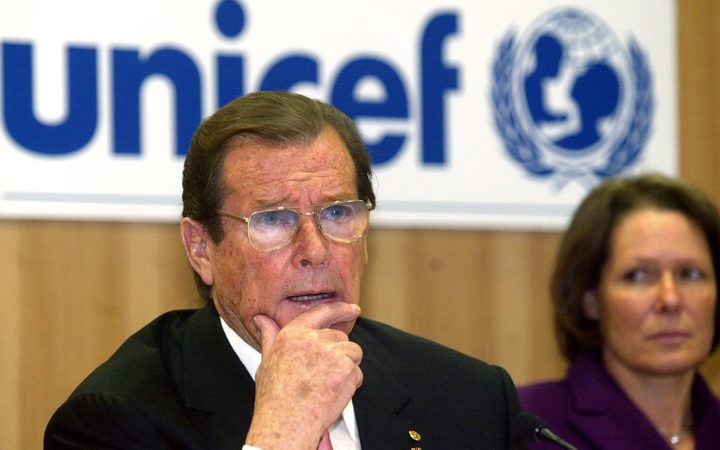 Sir Roger Moore, in his role as a UNICEF goodwill ambassador, speaks in 2003 as Christina Rau, wife of the German President at the time, looks on. Photo: AFP

The son of a London policeman, Moore once said the upper-crust image he portrayed both on and off the screen was a carefully nurtured cover for his shyness and timidity.

�"I couldn't walk into a restaurant on my own for 20 or 30 years," he once said. "That's not really me. Timid me would rather stay home and have a sandwich."

Moore said he was terrified by the stunts he had to perform as Bond and would steel himself before facing the cameras in sex scenes with a mixture of valium and beer.

After handing over the role of Bond to Timothy Dalton, Moore went into semi-retirement, living a millionaire's life and traveling between his homes in Los Angeles, Switzerland and the south of France.

Moore is survived by his fourth wife, Scandinavian socialite Kristina "Kiki" Tholstrup, whom he married in 2002, and by his three children from an earlier marriage, Deborah, Geoffrey and Christian.