A former US Navy sailor slammed his car into pedestrians in New York City's Times Square, killing one person and injuring 22. 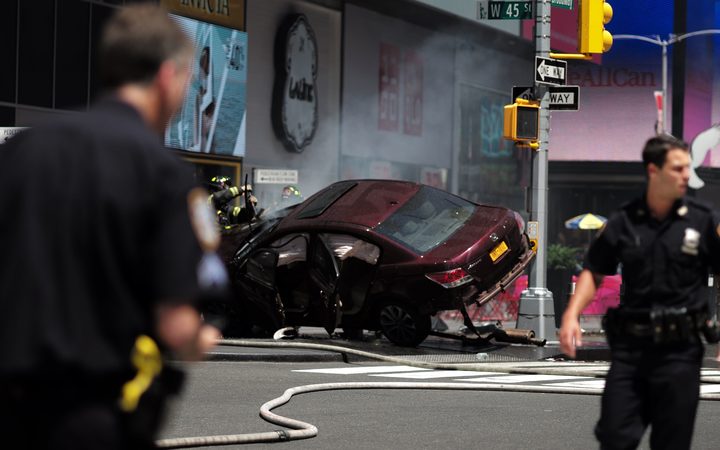 Police secure the area after the car mounted the footpath and drove into pedestrians at Times Square in New York. Photo: AFP

Witnesses said the motorist drove a burgundy Honda sedan against traffic and onto the footpath and sped along more than three city blocks, knocking people over.

The car crashed into a pole and came to rest at 45th Street and Broadway before police took the driver away.

Authorities said there was no indication it was an act of terrorism.

Police who took the 26-year-old driver into custody identified him as Richard Rojas, of the New York City borough the Bronx. They said he had been arrested twice for drunken driving in 2008 and 2015, and once earlier this month for menacing.

They reportedly said the driver "lost control" and the collision appeared to be an accident.

Photos showed the Honda partially on its side on the pavement with smoke and flames spewing from the bonnet. 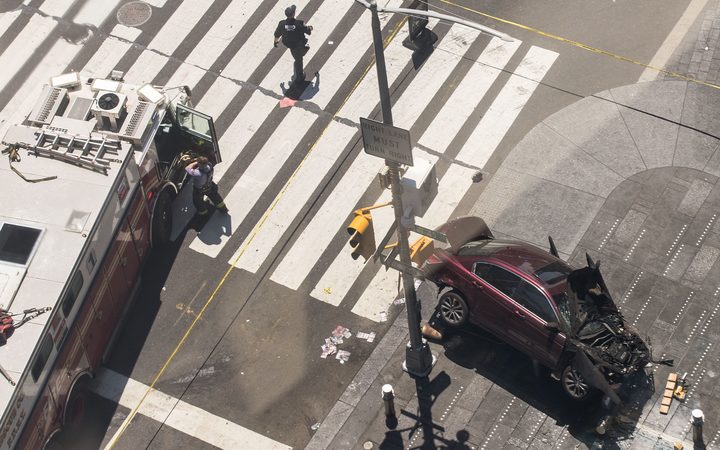 CBS reported police saying the man in custody was suspected of driving while impaired, a charge often linked to drug or alcohol use.

Images on social media also showed people being taken away on stretchers and other casualties strewn around the walkway.

Hundreds of thousands of people, many of them tourists from around the world, pass daily through the bustling commercial area, the heart of the Broadway theatre district. 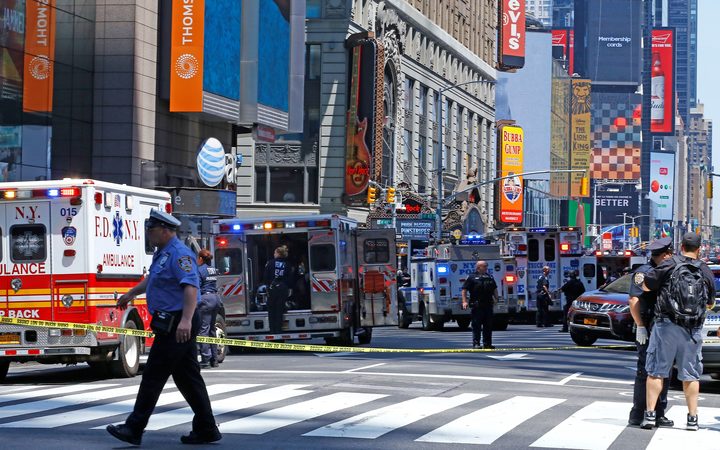 Ambulances at the scene on the corner of West 45th Street and Broadway at Times Square. Photo: AFP

Shoes were scattered at the scene.

"People were being hit and rolling off the car," said Josh Duboff, an employee at the adjacent Thomson Reuters headquarters who jumped out of the way to avoid being struck.

Television footage showed police officers restraining a man in a dark T-shirt and placing him in a police car.

Cheryl Howard and her daughter were out shopping when the car sped down the sidewalk. "I'm so freaked out!" the daughter said. "They mowed everyone down."