Ousted FBI Director James Comey has written a letter to his colleagues after his shock sacking, saying the FBI remains a "rock of competence, honesty and independence". 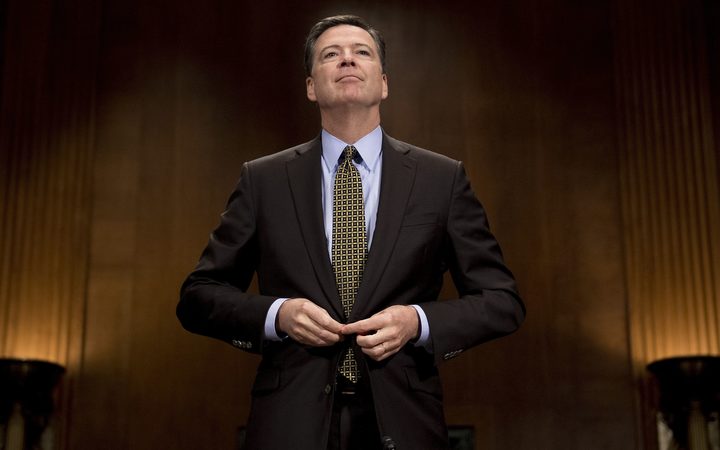 US President Donald Trump yesterday made the surprise announcement that Mr Comey had been axed, saying it was because of his handling of the inquiry into Democrat presidential candidate Hillary Clinton's emails.

The removal of Mr Comey, who was leading an inquiry into alleged ties between the Trump campaign and Russia, sent shockwaves through Washington.

In his letter, Mr Comey said he had long believed that a president could fire an FBI director for any reason or for no reason at all.

He also said that his friends and colleagues should not spend time thinking about the decision or the way it was executed.

"The DOJ (Department of Justice) lost confidence in Director Comey.

"Bipartisan members of congress made it clear that they had lost confidence in Director Comey.

"And most importantly the rank and file of the FBI had lost confidence in their director," she said. 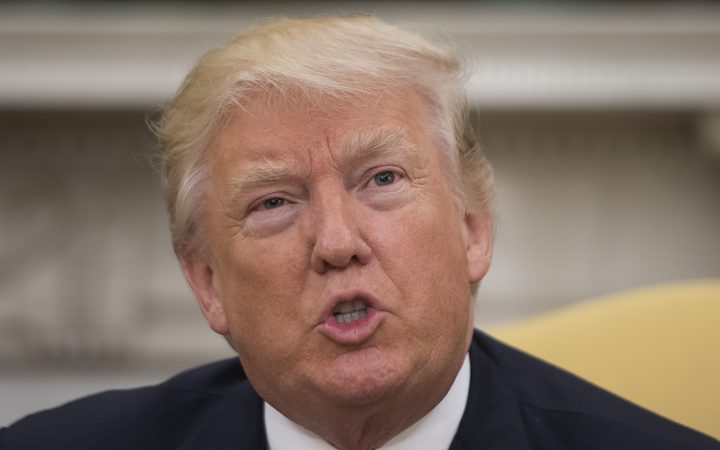 US President Donald Trump talks about his decision to fire Mr Comey during a meeting with former US Secretary of State Henry Kissinger. Photo: AFP

In his first in-person explanation, Mr Trump said, "He was not doing a good job".

The sacking "raises profound questions about whether the White House is brazenly interfering in a criminal matter," said Adam Schiff, who is the highest ranked Democrat on the House Intelligence Committee.

But the president stood by his actions.

"James Comey will be replaced by someone who will do a far better job, bringing back the spirit and prestige of the FBI," he said in early morning tweets.

"Comey lost the confidence of almost everyone in Washington, Republican and Democrat alike. When things calm down, they will be thanking me!"

It is only the second time the head of the FBI has been fired. Early in his presidency, Bill Clinton fired William Sessions after the FBI director refused to step down amid ethical concerns.

He also called for a special prosecutor to oversee the FBI investigation into any potential Russian ties to Mr Trump's associates.

Vice President Mike Pence said Mr Trump demonstrated "strong and decisive leadership" in his decision and the move was "based solely and exclusively on his commitment to the best interest of the American people".

"The president made the right decision at the right time," he said.

Russian President Vladimir Putin said his government had nothing to do with the firing of the FBI director.

Mr Putin told CBS News in a brief interview in the Russian city of Sochi that Mr Comey's dismissal will not impact relations between the two nations.

Russian Foreign Minister Sergei Lavrov has said in Washington that his discussions with the Trump administration have persuaded him they were people of action who want to cut deals and solve problems.

Why was James Comey fired? 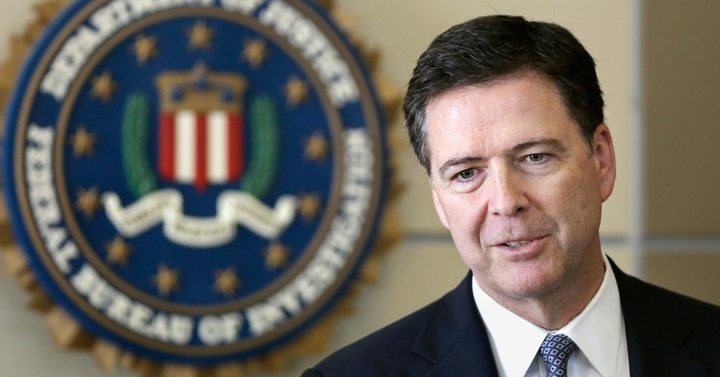 Mr Trump wrote in a letter to Mr Comey that he agreed with Attorney General Jeff Sessions' recommendation that "you are not able to effectively lead the Bureau".

Mr Sessions said the department of justice was "committed to a high level of discipline, integrity, and the rule of law", and "a fresh start is needed".

Many have expressed surprise that Mr Comey should be fired for his handling of the investigation into Mrs Clinton's emails, given that Mr Trump often praised the FBI director's conduct in the matter.

But on Tuesday, Mr Trump followed the recommendation of Deputy Attorney General Rod Rosenstein, who wrote a letter saying he could not defend the director's handling of the investigation into Secretary Clinton.

He said Mr Comey had been wrong to "usurp" the previous attorney general in July 2016 when he announced the Clinton emails inquiry should be closed without prosecution.

Mr Comey was addressing FBI agents in Los Angeles when, according to US media, he learned he had just been fired when he saw the news on television.

Mr Comey, who was three-and-a-half years into his 10-year term as FBI director, reportedly laughed, thinking it was a prank.

What about the Russia investigation?

Democrats swiftly suggested that Mr Trump had fired Mr Comey to influence the FBI inquiry into whether members of the Trump election campaign colluded with the Kremlin.

House and Senate committees are investigating the allegations.

"Were these investigations getting too close to home for the president," Mr Schumer asked.

"This does not seem to be a coincidence."

Mr Trump responded on Twitter that Mr Schumer had recently expressed his lack of confidence in the FBI chief.

The president has repeatedly insisted the Russia allegations were "fake news".

How did Comey handle the email inquiry?

Mr Comey has been criticised by Democrats for the handling of his investigation into whether Mrs Clinton's use of a private email server when secretary of state compromised national security.

He made two interventions during the 2016 election campaign to make pronouncements about the investigation.

He said in July the case should be closed without prosecution, but then declared - 11 days before November's election - that he had reopened the inquiry because of a discovery of a new trove of Clinton-related emails.

He told the Senate last week it had made him "mildly nauseous" to think his intervention could have affected the election, but insisted he would make the same decision again.

The firing of Mr Comey is drawing comparisons with the so-called Saturday Night Massacre of 1973, when President Richard Nixon fired an independent special prosecutor investigating the Watergate break-in and the subsequent cover-up.

"Not since Watergate has a president dismissed the person leading an investigation bearing on him," the New York Times wrote.

Mr Nixon later admitted he had been aware of the cover-up and had tried to halt the FBI's inquiry.

He became the only US president to resign.