An emergency has been declared at the Hanford Nuclear Reservation in Washington state in the United States after a tunnel containing rail cars full of nuclear waste collapsed. 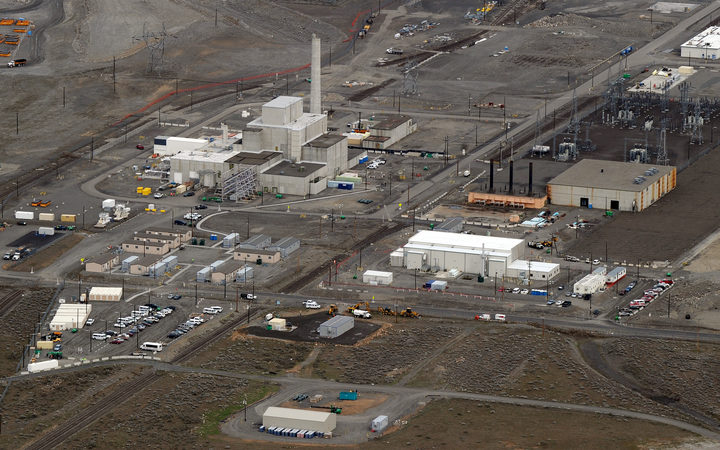 Workers evacuated or took cover and turned off ventilation systems after minor damage was discovered in the wall of a transport tunnel, a spokeswoman for the Department of Energy said.

The damage was more serious than initially reported, and the take-cover order was expanded to cover the entire facility after response crews found a 400-square-foot section of the decommissioned rail tunnel had collapsed, she said.

"The tunnel itself was breached. There was a 20-foot wide hole," the spokeswoman said.

No spent nuclear fuel is stored in the tunnel, and no further evacuations have been ordered for workers, nor have any warnings for civilians around the site been issued, she said.

The Energy Department said on Twitter that Secretary Rick Perry had been briefed on the incident, everyone was accounted for and there was no initial indication of worker exposure or airborne radiological release.

The site is in southeastern Washington on the Columbia River, about 270 km east of Seattle. Operated by the federal government, it was established in the 1940s and manufactured plutonium that was used in the first nuclear bomb as well as other nuclear weapons. It is now being dismantled and cleaned up by the Energy Department.

"This is a potentially serious event," said Edwin Lyman, a senior scientist at the Union of Concerned Scientists. "I can see why the site ordered emergency measures. Collapse of the earth covering the tunnels could lead to a considerable radiological release."

Lyman pointed to a description of the storage tunnels from a report from the Consortium for Risk Evaluation with Stakeholder Participation in 2015 about the Hanford site, saying there is quite a lot of cesium-137 and plutonium in those tunnels. Those are radioactive materials that can cause radiation sickness and death depending on the amount and length of exposure.

Mostly decommissioned, Hanford has been a subject of controversy and conflict between state and local authorities, including a lawsuit over worker safety and ongoing cleanup delays. The site has been described in media reports as the most contaminated nuclear site in the United States.

The evacuation did not affect the nearby nuclear power plant operated by Energy Northwest, company spokesman John Dobken said.