A mortuary in Mississippi is being sued by the husband of a gay man for allegedly refusing to cremate him because of his sexuality. 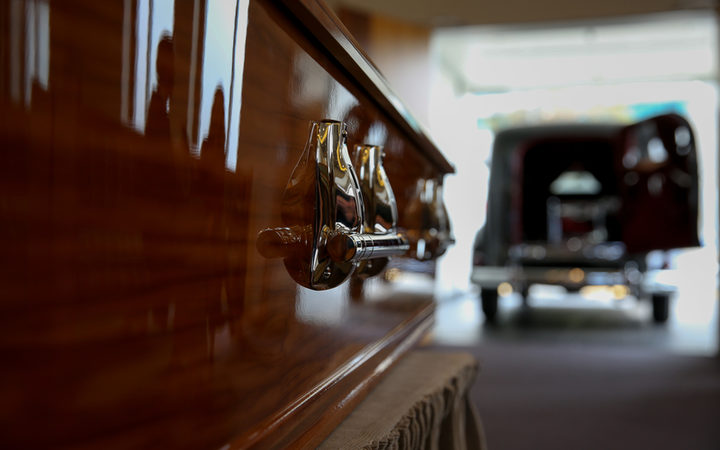 The family of the man are seeking compensation for "breach of contract, negligent misrepresentation and the intentional and negligent infliction of emotional distress". Photo: RNZ / Alexander Robertson

John "Jack" Zawadski, 82, and his nephew filed the lawsuit after being told that the funeral parlour did not "deal with their kind".

Their legal team argue the response of staff at the Picayune mortuary devastated Mr Zawadski and his family.

But the co-owner of the funeral home has tearfully denied the allegations.

"We just didn't do that," a weeping Henrietta Brewer told Mississippi Today.

Mrs Brewer said that her mortuary had handled the funerals of "well over a dozen" gay people since she and her husband opened it in 2006.

She said one gay man had even been buried in the funeral home's privately-owned cemetery.

"We're the ones that treat everyone good," Mrs Brewer said, arguing that none of her staff was homophobic.

'Bob was my life'

Mr Zawadski and his nephew, John Gaspari, are seeking unspecified cash compensation from the Brewer Funeral Home for "breach of contract, negligent misrepresentation and the intentional and negligent infliction of emotional distress", Lambda Legal said in a press statement.

The lawsuit said that Mr Gaspari had completed all the arrangements for the funeral of his uncle, Robert Huskey, who died in a hospice shortly after celebrating his 86th birthday.

They argue that the funeral parlour suddenly declined the use of their facilities - including the storage and transport of Mr Huskey's body - after they found out he was married to a man.

Mr Zawadski said that the alleged action of the funeral home left him feeling as "if the air had been knocked" out of him.

"Bob was my life, and we had always felt so welcome in this community. And then, at a moment of such personal pain and loss, to have someone do what they did to me, to us, to Bob, I just couldn't believe it. No-one should be put through what we were put through."

Lambda Legal Counsel Beth Littrell said that what had happened to them was shocking.

"Almost immediately after losing his husband and partner of more than 50 years, Jack Zawadski's grief was compounded by injustice and callous treatment from the very place that should have helped ease his suffering," she said.

Mr Zawadski and Mr Huskey moved to Picayune to retire, getting married there when it became legally acceptable for them to do so in 2015.