A huge shipment of phosphate bound for New Zealand has been seized in South Africa because of claims it was illegally mined. 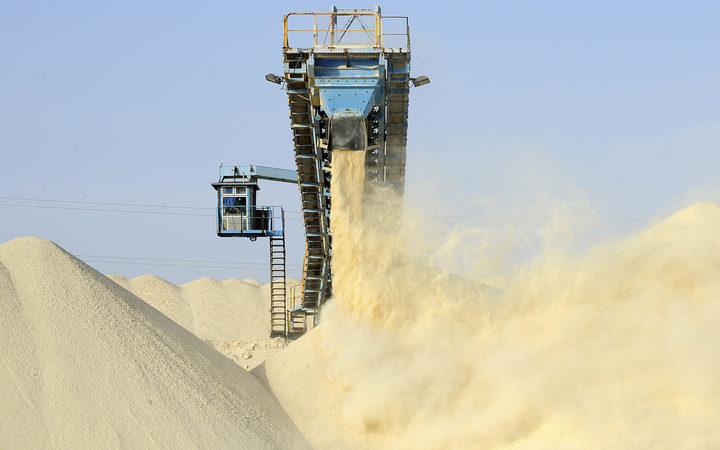 The 54,000-tonne shipment, which was being imported by fertiliser company Ballance Agri-Nutrients, was seized en route from the Western Sahara to New Zealand.

The shipment represents about an eighth of New Zealand's annual phosphate needs and is worth about $7.2 million.

Ballance said it anticipated it would take several weeks to resolve the situation.

In the meantime, it would bring in other phosphate shipments to keep farmers supplied.

Much of the world's phosphate, which is vital for plant cell metabolism, is mined in the Western Sahara, a former Spanish colony that Morocco overran in the 1970s.

A dissenting organisation, Polisario, regards itself as the legitimate ruler of the Western Sahara and sees Morocco as an invader.

A representative of the group in Australia, Kamal Fadel, said New Zealand fertiliser companies had been repeatedly told the phosphate had been illegally mined, but they had ignored the warnings.

"New Zealand companies are responsible for a substantial share of the [phosphate] trade. It was right to pursue legal action to vindicate a clear legal right to this commodity."

The shipment was detained in Port Elizabeth after Polisario won a European Court ruling that goods produced in Western Sahara were not to be regarded as products of Morocco.

Ballance chief executive Mark Wynne said resolving the political issues involved in the situation was above his punching weight.

"It is very complex, it is deep-running, it is geopolitical and it has been going on for a number of years, so to have a clear perspective from this end is quite difficult.

"It really takes someone like the United Nations to resolve it. Expecting anyone else to solve it - certainly us - is impossible."

Mr Wynne said he had been in the Western Sahara about a year ago to check up on social programmes run by the phosphate company that does the mining, to ensure they were up to scratch.