It said the action had been taken on the grounds of national security. 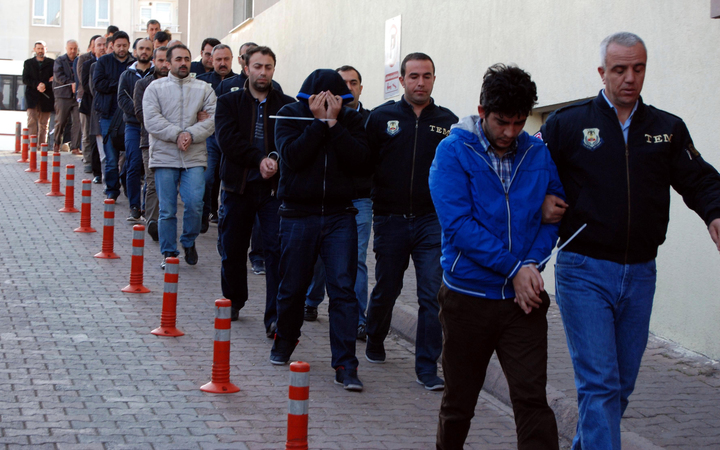 President Tayyip Erdogan accuses Mr Gulen of instigating a failed coup against him last July - a charge the cleric denies.

The nationwide sweep was one of the largest such operations carried out in Turkey in months.

He said more than "secret imams" had been detained and the operation was continuing. 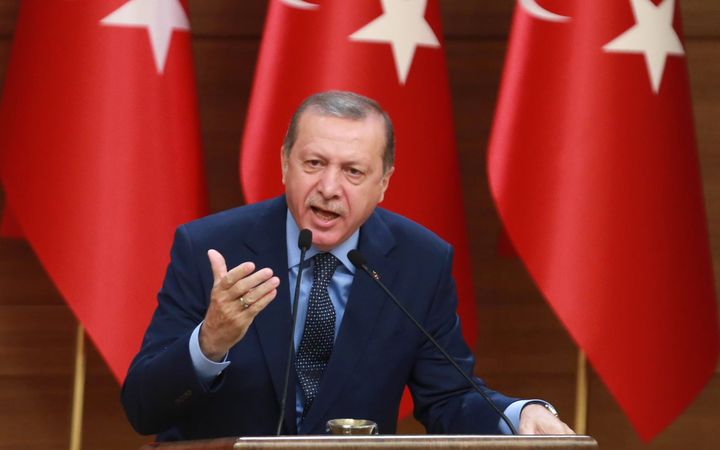 The police suspensions came just over a week after President Erdogan won a referendum on increasing his powers. Photo: AFP

In the aftermath of the 15 July coup attempt, which was led by military officers, 40,000 people were arrested and 120,000 sacked or suspended.

They included soldiers, police, teachers, and public servants - all of whom were accused of having links with militant groups.

The latest purge comes just over a week after President Erdogan narrowly won a controversial referendum on increasing his powers.

Opponents fear the victory, which has bitterly divided Turkey, brings him closer to authoritarian rule.

Two days after the referendum, Turkey's parliament extended a nine-month state of emergency by a further three months.

The scale of the "anti-Gulen" arrests has raised alarm in Europe, and stalled Turkey's bid to join the EU.

After the latest sweep, Germany's foreign ministry said it had "taken note of the mass detentions with concern".

It was widely expected that the post-coup purge would accelerate once President Erdogan achieved the referendum victory he wanted, the BBC's Istanbul correspondent reports. Other instutions could now be targeted, such as the governing AKP party was full of Gulen supporters, the corrrespondent says.