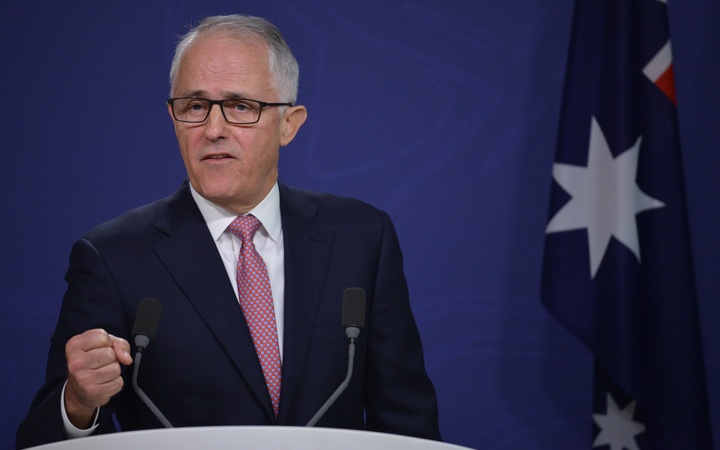 Under the proposals, new arrivals would face a tougher citizenship test which would assess their commitment to Australia and their attitudes to religious freedom and gender equality.

Those with a history of family violence or organised crime could also be barred from citizenship.

Applicants would be asked to demonstrate that they have integrated into Australian society, for example by joining clubs or by providing evidence that they are employed and their children are in school.

A more stringent English language test will also be introduced, with reading, writing and listening components.

If an applicant failed the test three times they would have to wait another two years before they could sit it again.

"I haven't looked at them in detail, I think this no doubt reflects the political debate there, but here in New Zealand I think there is confidence in the economy, we're relatively attractive, we welcome New Zealanders staying here and New Zealanders coming home."

Test to focus on 'Australian values'

Prime Minister Malcolm Turnbull said the federal government was "putting Australian values at the heart of citizenship processes and requirements".

"Membership of the Australian family is a privilege and should be afforded to those who support our values, respect our laws and want to work hard by integrating and contributing to an even better Australia," Mr Turnbull said.

The government had not decided exactly how it would assess "Australian values" in the citizenship test, saying it would consult with the public before it settled on the questions to be asked.

The test was however expected to focus heavily on respect for women and children with possible questions about child marriage, female genital mutilation and domestic violence.

"Our country shouldn't be embarrassed to say we want great people to call Australia home. We want people who abide by our laws and our values and we should expect nothing less," Mr Dutton said.

Labor senator Penny Wong said her party had not seen the details of the changes but suspected they were designed for political purposes.

She said the citizenship test was already in English and had been largely designed by former Liberal prime minister John Howard.