North Korea's nuclear weapons programme poses a "serious threat" to Australia unless it is stopped by the international community, Australia's Foreign Minister Julie Bishop is warning. 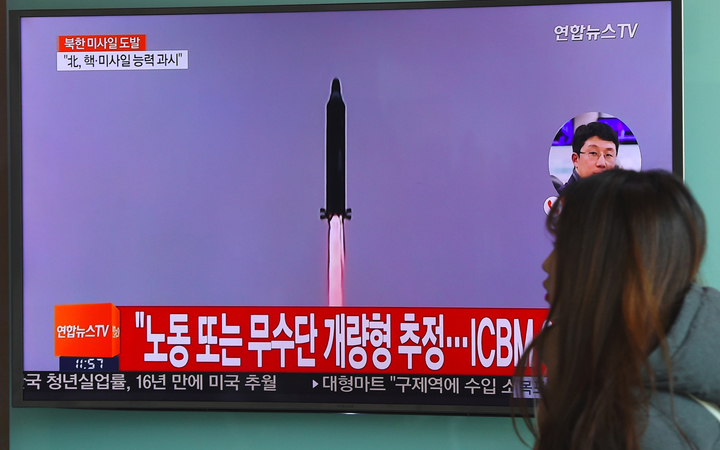 A woman walks past a television screen showing file footage of a North Korean missile launch at a railway station in Seoul in February. Photo: AFP

The reclusive state's failed missile test on the weekend has increased regional tensions, with US Vice-President Mike Pence declaring the "era of strategic patience" over. 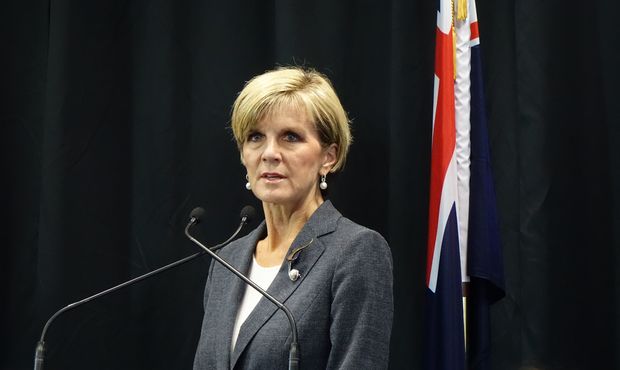 Ms Bishop supported the US change of strategy and said all options were on the table, including military action.

"The Trump administration will seek out new and creative ways to meet the North Korea challenge," Ms Bishop told Australian show AM.

But North Korea's Ambassador to the UN has warned nuclear war may break out at any moment, accusing the US of turning the Korean Peninsula into the "world's biggest hotspot".

"North Korea has vastly increased the threat that it poses to the region and global peace, so any rise in tensions is entirely due to the provocative behaviour of North Korea," Ms Bishop said.

North Korea could potentially strike Australia if its missile program was allowed to continue, she said. 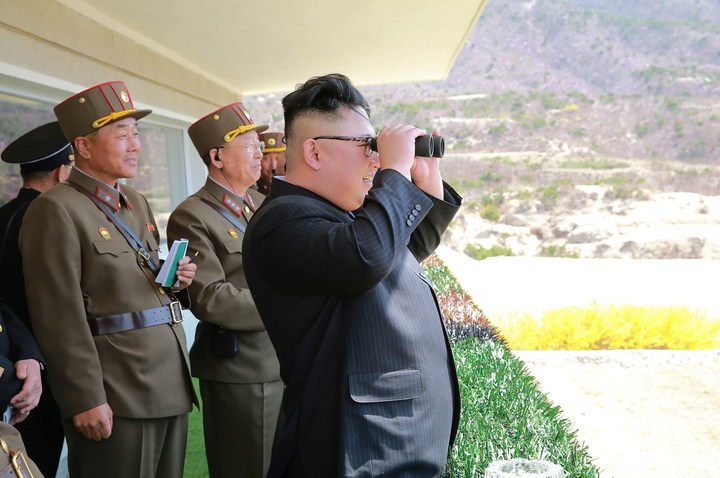 "[North Korea] is on a path to achieving nuclear weapons capability and we believe Kim Jong-un has a clear ambition to develop an intercontinental ballistic missile capable of carrying a nuclear payload as far as the US," she told AM.

"That would mean Australia would be in reach so unless it is prevented from doing so it will be a serious threat to the peace and stability of our region and that is unacceptable."

US has changed its approach to North Korea: Bishop

Ms Bishop said the Trump administration would prioritise "creative" options to cease North Korea's nuclear and missile programs, signalling a change of approach from that of former president Barack Obama.

"The Trump administration has explicitly rejected President Obama's approach of strategic patience because that led to a stalemate, during which time North Korea's illegal missile and nuclear program accelerated," she told AM.

The US and South Korea have activated the Terminal High Altitude Area Defence system, which is capable of intercepting incoming warheads from North Korea.

"That deployment of such a defence system reflects a strong defence and security alliance between South Korea and the US and is a direct response to the threat posed by North Korea," she said.

The US has also diverted a US Navy strike group towards the Korean Peninsula as a show of force shortly before the missile strike.

"We certainly support the right of our allies and friends to ensure that their interests are protected and their citizens are defended against any possible attack," Ms Bishop said.

'There is more China can do'

China is one of North Korea's few allies and accounts for three-quarters of its exports and almost all direct investment and in the country.

"It is important for China to recognise it is not in its interest to seek to appease North Korea and China has leverage over North Korea that is unique and possibly decisive," Ms Bishop said.

"We support the US putting pressure on Chinese banks to ensure that the elites in North Korea cannot continue to live the comfortable lives that they currently do while the people of North Korea are suffering."

Late last year, China, which is believed to be the only country buying North Korean coal, announced it would slash its imports in line with international sanctions after a ballistic missile test.

"We believe that there is more China can do in terms of sanctions and other economic efforts," Ms Bishop said.