A landslide in Mocoa in Colombia's southwestern border province Putumayo has killed hundreds of people and and injured scores more. 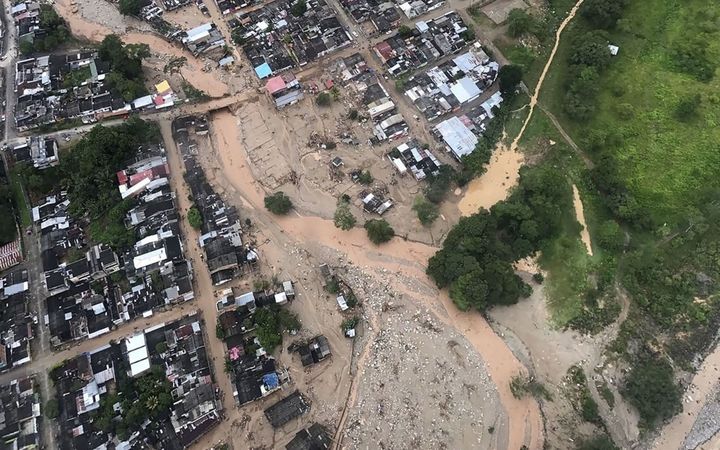 Heavy rains caused several rivers to overflow in the municipality, which has a population of 345,000 people, and sent mud and debris crashing into homes.

At least 254 people were dead and an army statement said there were at least 400 injured.

It said 200 were still missing in the capital of Putumayo province.

Photos posted online by the air force have shown streets filled with mud and damaged houses, while smartphone videos on social media have shown residents searching for survivors in the debris.

More than 1100 soldiers and police officers are involved in the rescue effort.

One army officer said the main local hospital was struggling to cope.

An alarm had sounded as the river's levels rose, leading many people to leave their homes for shelter, and avoiding wider loss of life, Colombia's El Tiempo newspaper said.

President Juan Manuel Santos flew to the region and declared a state of emergency. 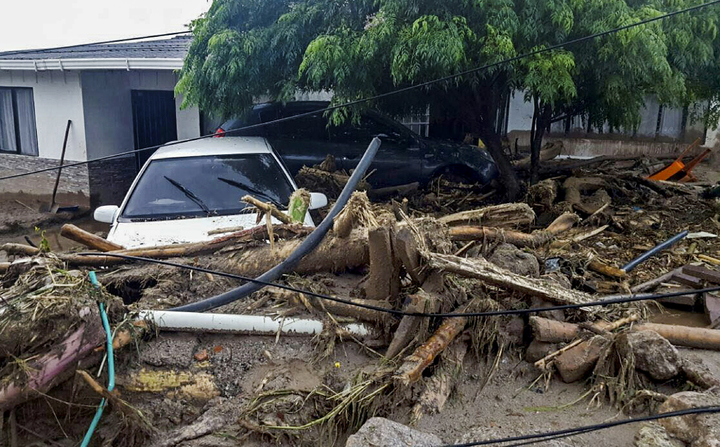 Debris and mud was washed into houses by the rains. Photo: AFP PHOTO / EJERCITO DE COLOMBIA

"We have sent a team of 150 people to make our response effective and machinery began work immediately," Carlos Ivan Marquez, head of the unit, said in a statement.

"We will be with the governor and the mayor giving all necessary attention."

"A big portion of the many houses were just taken by the avalanche," he said.

"But above all the people were warned with enough time and they were able to get out but houses in 17 neighborhoods have basically been erased."

Rescue services said 17 neighbourhoods had been affected and Mr Castro said his own house had also been destroyed. Two bridges also were destroyed, Mr Castro said.

"The mud is up to the roof," he told Caracol radio.

The Colombian Air Force is bringing equipment, water and medicine to the area as the search operation continues.

Colombia's director of the National Disaster Risk Management Unit told the AFP news agency that a third of the region's expected monthly rain fell during one night.

The unusually heavy rain caused the rivers to burst their banks.

The region, bordering Ecuador and Peru, is heavily dependent on agriculture and the petroleum industry.

While landslides and heavy rains are common in the mountainous area, March was Colombia's rainiest month since 2011, according to the state meteorological agency.

In neighbouring Peru, more than 90 people have died since the start of the year because of unusually heavy rainfall, which also caused landslides and flash floods.