Seven Japanese high school students and their teacher have been killed in an avalanche at a ski resort. 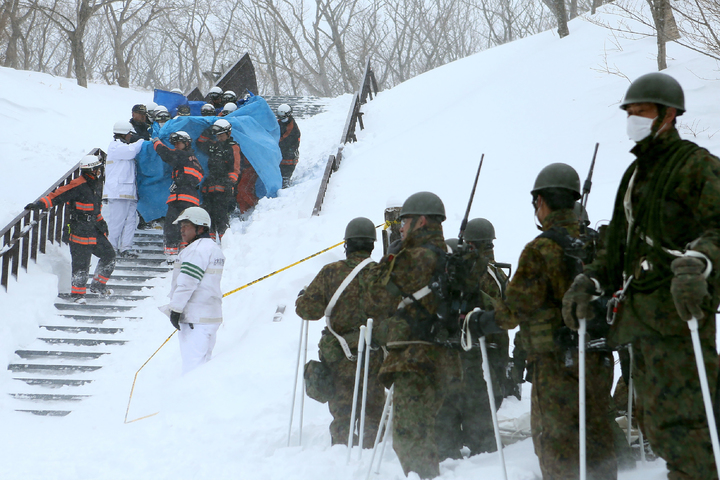 Firefighters carry a survivor they rescued from the site of the avalanche. Photo: AFP

The avalanche occurred early on Monday near Nasu in Tochigi prefecture, 120km north of Tokyo.

Another 40 people, mostly students, were hurt including two who were in a critical condition, reports said.

The victims were part of a 70-strong group from several schools who were on a three-day mountain climbing training trip.

Dozens of troops were involved in rescue efforts, amid bad weather and heavy snowfall. 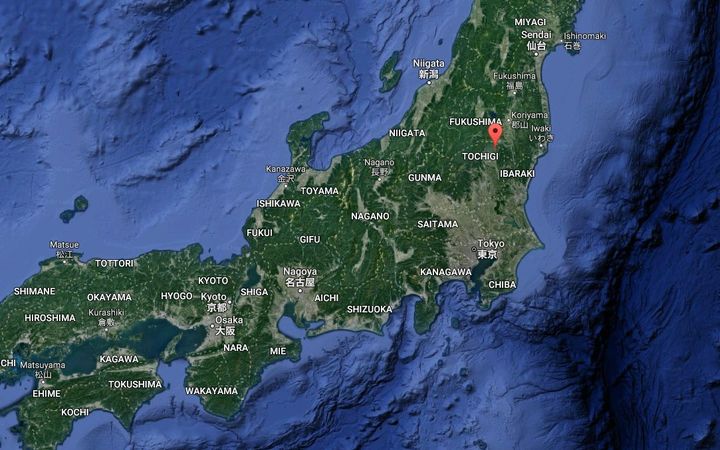 Nasu is about 120km north of Tokyo. Photo: Google Earth

"All the people have been carried down from the mountain and they are now being transported to hospital," a prefecture official told AFP.

Officials said the eight victims had no vital signs. In Japan, rescue officials wait for a doctor at a hospital to pronounce victims dead instead of doing it at the scene.

The region had received heavy snow over the past two days and avalanche warnings had been in effect.

"We have avalanche incidents once or twice a year around here, but haven't had anything this big," a fire department official told Reuters.

Another official told Reuters that there would be an investigation into why the group were out during an avalanche alert.

The area around the town of Nasu has several ski resorts, but these had closed for the season. The area had seen more than 30cm of fresh snow since Sunday and recent warm weather had further raised the avalanche risk.