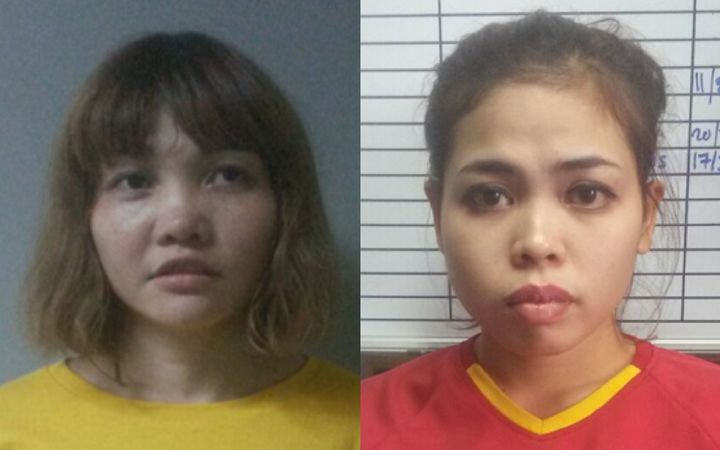 Attorney-General Mohamed Apandi Ali said the women - from Indonesia and Vietnam - would be formally charged on Wednesday and could face death if convicted.

The women allegedly smeared a deadly chemical over Kim Jong-nam's face at a Malaysian airport earlier this month.

They have said they thought they were taking part in a TV prank.

"They will be charged in court under Section 302 of the penal code," the attorney-general said, confirming they would face a mandatory death sentence if found guilty.

He said no decision had yet been taken on whether to charge a North Korean man, who is also being held over the killing.

The two women - Doan Thi Huong, 28, from Vietnam and Siti Aisyah, 25, from Indonesia - are among some 10 suspects identified by Malaysia as being involved in the killing.

The suspects include a senior official at the North Korean embassy in Kuala Lumpur and a staff member of the state airline. South Korea has said it believes at least four suspects are North Korean spies.

Kim Jong-nam, a long-time critic of his family's grip on power in North Korea, was accosted while waiting at a check-in desk at Kuala Lumpur Airport on 13 February.

He was smeared with a very high amount of the toxic nerve agent VX and died in pain within 15-20 minutes, Malaysia's health minister said on Sunday.